In 2007, Brendan Dassey and his uncle Stephen Avery were convicted of raping and killing photographer Teresa Halbach and sentenced to life in prison.

A few months ago, Dassey's release from prison was blocked by a US federal court despite the fact that a Milwaukee judge had ordered his release after ruling that investigators took advantage of the then 16-year-old Dassey’s cognitive disabilities.

The events surrounding Halbach’s deaths and the subsequent sentencing of Avery and Dassey were documented in the Netflix series Making a Murderer, which will return to Netflix for a second season this year. 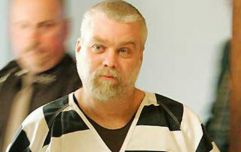 END_OF_DOCUMENT_TOKEN_TO_BE_REPLACED

After the US federal court blocked his release, Dassey's future has been in limbo, however a three-judge panel of Chicago's 7th Circuit U.S. Appeals Court may have given his lawyers some hope.

Lawyers for both the State of Wisconsin (Luke Berg) and Dassey (Laura Nirider) convened on Tuesday to discuss the questionable interview of Dassey and the belief that investigators took advantage of the teenager's diminished mental capacity. 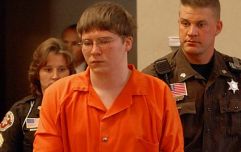 END_OF_DOCUMENT_TOKEN_TO_BE_REPLACED

Regarding Dassey's interview and admission of guilt, U.S. Appellate Court Judge Ilana Rovner said : "I want you to imagine it is not an average person, but a 16-year-old with a very, very low IQ, who is extremely suggestible. And I would like you very much to concentrate on the 'suggestible.'

She adds: "What if there were 20 such statements, 30 such statements? (referring to the controversial questioning as seen in Making A Murderer) Do you think someone with Brendan's intellect understands that 'The Truth will set you free' is an idiom?"

As stated by the Milwaukee Journal, this point is the most pertinent and decisive issue in Dassey's appeal. "Even if Dassey wasn't given an explicit promise of leniency, did the way he was questioned — including lines such as, "The truth will set you free" — produce an involuntary confession?" they argue.

While Judge Rovner was more sympathetic to Dassey's plea, Judge Hamilton said that he saw no evidence in the video interview that Dassey provided his confession involuntarily. 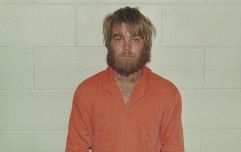 END_OF_DOCUMENT_TOKEN_TO_BE_REPLACED

"I watched the whole thing. I don't see any will being overbore," he said. Judge Hamilton also remarked that the technique used by the investigators was simply a means of "calling him (Dassey) out" on certain inconsistencies in the story.

There's no exact timetable for the panel to issue their ruling, but observers said it could easily take months.

Steven Avery is pursuing his own appeal.

popular
Travis Barker’s daughter shares picture of Blink-182 star in hospital bed - tells fans to ‘send your prayers’
Bette Midler wants the US to ban Viagra because it’s ‘God’s will’ to have a ‘limp d**k’
July heatwave: When to expect hot weather and how long it will last
British teen says she was raped in Majorca hotel by 'famous actor and musician'
Fans shocked after Machine Gun Kelly smashes glass on his face during performance
Police hunt for two 'laughing' men who kissed three-year-old girl in front of distressed mum
R Kelly will probably die behind bars after being handed 30 year prison sentence
You may also like
Entertainment
Making a Murderer lawyers to give a series of talks across the UK in 2019
Entertainment
Steven Avery's lawyer answers burning questions about the Bobby Dassey's role in Teresa Halbach's death
Entertainment
Netflix have cancelled true-crime spoof American Vandal after two seasons
Entertainment
Making A Murderer: The explosive and NSFW telephone call that implicates a new killer
Entertainment
Making A Murderer creators have 'certainly thought' about making Part Three
Next Page