We hope everyone is okay.

The M25 has been closed in both directions due to a 'severe' fire that the authorities are working to control. Traffic has been halted both ways as the black smoke is currently billowing across the carriageway. 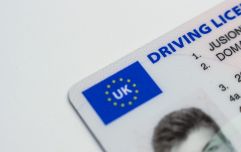 END_OF_DOCUMENT_TOKEN_TO_BE_REPLACED

Many commuters on Friday were confronted with rush hour standstill in due to the incident. Highways England explain that it is a 'severe HGV fire' and that the Essex fire and police departments are working hard to tackle.

Traffic is being held between junction 27, for the M11, and junction 28 at Brentwood. Suffice to say, you should allow extra time for your journey.

Traffic been good to me all last week and all this week until today 😒 #M25 pic.twitter.com/66apl8F6hm

popular
Jack Grealish donates £5k towards fundraiser for woman who died in Merseyside car accident
Bartender sends boss brutal three-word response after 3am text
Woman starts driving over Insulate Britain protestor in furious standoff
NHS doctor facing deportation because 'she can't speak English'
News host was having absolutely none of Nigel Farage's claims on Monday night
Addison Rae banned from TikTok
Sainsbury's bans sales of fireworks at all UK stores
You may also like
Life
Petrol station chaos worsened by drivers filling up with wrong fuel
News
Driver left 'in tears’ after untaxed £400,000 Lamborghini is seized
Life
Drivers have two weeks left to check cars before massive petrol change
News
These 10 cars won't be compatible with new 'green' petrol - and it could cost you
Football
You could be fined £1,000 for flying a flag on your car during EURO 2020
Next Page