As we moan and complain about the exhaustive heat in the UK, there are other places around the world dealing with dangerous weather patterns. Days of rain in China have caused widespread damage and led to 200,000 evacuations across the Henan province, and causing $11m worth of damage. 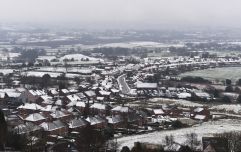 END_OF_DOCUMENT_TOKEN_TO_BE_REPLACED

There has been "significant loss of life and damage to property," says Chinese President Xi Jinping. In the provincial capital Zhengzhou, the equivalent of a year's average rainfall has fallen in just three days, the BBC reports.

Zhengzhou saw 624mm of rainfall on Tuesday, with a third of that amount falling between 16:00 and 17:00 alone, which "smashed historical records". Experts have said this is caused due to global warming and that severe storms are still yet to batter the region.

Floodwaters filled the city's underground network, trapping commuters inside trains that were slowly filling with water. Waters rose from "our ankles to our knees to our necks," say survivors. After around half an hour, the air became thin, and people began to struggle to breathe.

Floods in China's Henan province and it's capital Zhengzhou seem worse even than what happened in Germany last week. Today Zhengzhou had 200mm of rain in one hour. In Germany, they had 154mm in 24 hours. See @javihagen for more. pic.twitter.com/73aIDbaVfH 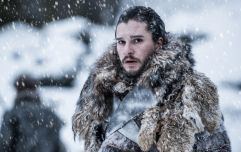 END_OF_DOCUMENT_TOKEN_TO_BE_REPLACED

In one video, a woman pushes on the windows, and the water levels can be seen outside the train. Though the carriages protected them initially from the flooding, it also became a death trap when water began to pour through the doors. "Water was leaking from the cracks in the door, more and more of it, all of us who could, stood on the subway seats," said one passenger on Chinese social media app Weibo.

"In the half-hour that, followed the water level became higher and higher inside the train, from our ankles to our knees to our necks.

"The power went out. Half an hour later it got hard to breathe."

The Daily Mail reports that a woman identified as Xiaopei called for help on social media, posting the following:

"All emergency rescue units and firemen, please come save us!" said one of her messages sent at 7.32 pm. 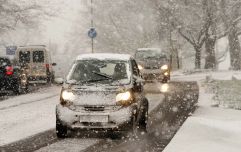 END_OF_DOCUMENT_TOKEN_TO_BE_REPLACED

"We are trapped in a Line 5 tunnel. Please help spread this message. The water inside the train is chest-deep. I can no longer speak, please help! SOS."

Ten minutes later, Xiaopei sent one final message saying the water had reached her neck. Her phone then died, and the passengers were not rescued until more than an hour later.

Flooding had triggered a huge explosion at a metalworking factory because floodwater mixed with hot metal alloys. The explosion destroyed much of the factory, but luckily the workers had already escaped.

As of Tuesday afternoon, more than 10,000 citizens have been evacuated. However, with waters still rising and reservoirs becoming dangerously close to bursting, the situation is far from over.

popular
Roy Keane wary of 'Klopp coming after me' following Liverpool comments
West Ham fan's laughable attempt to prove Edinson Cavani was offside goes viral
Non-league footballer Christian Rowe dies aged 19
Clevedon Town score non-league goal of the season with ridiculous volley
Drivers need to be aware of change to roundabout rules from next week
UK weather: Exact date snow will fall this month after -7 weekend
UK's most dangerous prisoner begged for a pet in prison 'and promised not to eat it'
You may also like
News
Death toll rises to 70 in Kentucky after worst ever tornadoes
News
Tornado warning issued as Storm Barra arrives in UK
News
Nearly all of UK under weather warning as wind and snow due to hit tomorrow
Life
IKEA customers sleep in store showroom after being snowed in
News
UK Weather: list of places due to be hit with snow and ice within hours
Next Page