József Szájer, a member of Victor Obarn's far-right Fidesz party, announced his resignation after admitting to attending a "private party" that broke lockdown rules in Belgium.

Police found 25 naked men at the gathering, including Szájer and a number of diplomats, according to Belgian newspaper La Dernière Heure. A source in the local police told the newspaper: "We interrupted a gang bang."

Each person was fined €250m for breaching lockdown restrictions.

The Brussels public prosecutor’s office said in a statement that a passer-by saw a man “fleeing along the gutter” with bloody hands.

“Narcotics were found in his backpack,” the statement said.

“The man was unable to produce any identity documents. He was escorted to his place of residence, where he identified himself as S. J.(1961) by means of a diplomatic passport.” 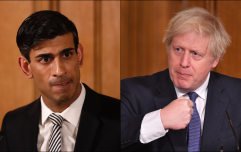 END_OF_DOCUMENT_TOKEN_TO_BE_REPLACED

The prosecutor added: “A report was also drawn up for S.J. for violation of the narcotics legislation. The procedure is ongoing. Criminal proceedings could only be brought after the waiver of the diplomatic or parliamentary immunity of the above-mentioned persons by the competent authorities.”

Szájer said in a statement: “I didn’t use drugs, I offered to the police on the spot to have an official test done, but they didn’t.

“Police said an ecstasy pill was found. It’s not mine, I don’t know who placed it and how. I made a statement to the police about this. I am sorry that I have broken the rules of assembly, this was irresponsible on my part, and I will take the sanctions that come with it.”

Fidesz have overseen the regression of LGBT rights in Hungary since Orban's party were elected in 2010.

The government are facing protests against legislation that would rewrite the country's constitution, banning the adoption of children by gay couples.

Szájer is reported to have written the new constitutional line: “Hungary shall protect the institution of marriage as the union of a man and a woman.”