Aldi has started to troll Marks & Spencer, after M&S took legal action against Aldi over fears it was replicating its trademark 'Colin the Caterpillar' cake. 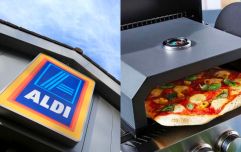 END_OF_DOCUMENT_TOKEN_TO_BE_REPLACED

This comes after Marks & Spencer lodged an intellectual property claim at the High Court earlier this week over Aldi's similar caterpillar cake 'Cuthbert the Caterpillar'.

A spokesman said: "Because we know the M&S brand is special to our customers and they expect only the very best from us, love and care goes into every M&S product on our shelves.

"So we want to protect Colin, Connie and our reputation for freshness, quality, innovation and value."

M&S launched the popular product, comprised of chocolate sponge with a milk and white chocolate coating, around three decades ago and have since added similar products to the range.

Several other supermarket chains, including Tesco, Sainsbury's, the Co-operative, Asda, Morrisons and Waitrose, have launched similar sweet treats of their own, however Aldi's replica seems to have been too much for M&S.

Why is there an issue with Aldi when every other supermarket has there version ? pic.twitter.com/HDrzZQdXMI 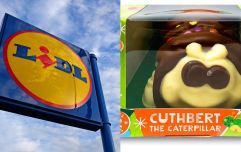 END_OF_DOCUMENT_TOKEN_TO_BE_REPLACED

M&S now wants Aldi to stop selling the product in stores and agree to refrain from selling anything similar in the future.

However, taking a glance at social media, it seems Aldi are ready to put up a fight for their caterpillar cake.

On Twitter, Aldi tweeted: "This is not just any court case, this is... #FreeCuthbert."

This is not just any court case, this is... #FreeCuthbert

The issue has been widely debated on social media, with this post alone receiving hundreds of comments and over 24,000 likes.

popular
Uefa to investigate Manuel Neuer over rainbow armband
A definitive ranking of every swear word from worst to best
Didi Hamann says Ronaldo looks "a fool" after needless showboating against Germany
This is the hardest Pokémon quiz you'll ever take
Here's how to see who's been taking screenshots of your Instagram Stories
Find out where you rank in the world for penis size
GB News suffers another prank as comedian moons Laurence Fox live on air
You may also like
Comedy
Aldi take stand on 'caterpillar cruelty' with limited edition charity Cuthbert cake
Life
Aldi to trial loose pasta and rice to reduce plastic waste
Food
Aldi are selling two metre long pigs in blanket for Christmas this year
Food
Aldi has launched a giant Ferrero Rocher-inspired dessert, and it's only £4.99
News
Great news for veggies - Aldi is set to start selling vegan sausages
Next Page