The sub went missing near the island of Bali on Wednesday

An Indonesian submarine has gone missing with 53 people onboard, and may have gone too deep to rescue, the country's navy has confirmed.

END_OF_DOCUMENT_TOKEN_TO_BE_REPLACED

The Indonesian navy has been searching for the KRI Nanggala-402 in the waters north of Bali since it missed a scheduled check-in on Wednesday morning. The navy believes that the vessel may have sunk as deep as 700 meters.

A spokesman from the navy told local TV that the submarine could survive up to a depth of 500 metres but that any deeper would create a risk of the sub's hull collapsing. rescue crews are also unable to operate beyond a depth of 600 metres.

Julius Widjojono said, per Reuters: "Anything more than that [500 metres] can be pretty fatal, dangerous." Reuters also reports that defence chiefs have said that the vessel's oxygen supplies will only last until Saturday.

Malaysia and SIngapore are reported to have sent ships to help the search operation, whilst Australia has offered "help in any way we can."

Indonesian navy submarine which has disappeared with 53 people on board, in waters north of Bali. (photos from Indonesian navy) pic.twitter.com/T8CiVuZ6lG

It is not yet known what caused the submarine's disappearance. However in a statement on Wednesday, the navy suggested that a power failure may have occurred in the sub. 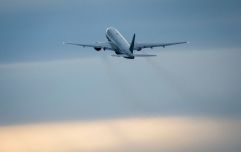 END_OF_DOCUMENT_TOKEN_TO_BE_REPLACED

The statement reads: "It is possible that during static diving, a blackout occurred so control was lost and emergency procedures cannot be carried out and the ship fell to a depth of 600 to 700 meters."

It also revealed that they had found an oil spill on the surface of the ocean during searches, indicating that the submarine may have suffered damage to its fuel tank.

In an update released on Thursday about the rescue operation, the navy said that it had not found any more signs of the submarine.

The BBC reports that 400 people and six warships are involved in the search operation now.

The vessel in question is quite old, having been made in Germany in the late 1970s, before undergoing a two-year refurbishment in South Korea that was completed in 2012.