The definitive ranking of the best Christmas songs ever

There are many classic Christmas songs. Tracks like "Proper Crimbo" by Bo'Selecta, or "At This Time Of Year" by Craig Phillips, winner of the first-ever Big Brother. Or the entirety of the Pokemon Christmas album.

Shockingly, none of those songs make our list of the best Christmas songs ever. But here are ten bangers, some well known, some more obscure, but all guaranteed to make you feel Christmassy.

Most Christmas songs have a hook, an angle, a perspective on the season. "Last Christmas" is a tale of heartache. "All I Want For Christmas Is You" is a love song. "Fairytale of New York" is realist drama about toxic relationships. Even Slade aim to create the perfect nostalgic Christmas in your mind. 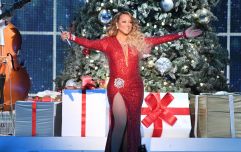 Mariah Carey's All I Want for Christmas Is You finally becomes UK No 1, after 26 years

END_OF_DOCUMENT_TOKEN_TO_BE_REPLACED

The 1985 Christmas number one though, from Wales’ answer to Elvis, doesn’t do any of those things. It is just a list of things about Christmas.

Quick, name some things about Christmas. “Time for presents?” “Snow?” “Children playing, and, erm, having fun?” Yeah, they will all do. That’s the magic of the song. Its basicness, its obviousness. Just listing Christmas things over a repetitive keyboard loop, with a tinny sound perfectly pre-designed to sound like it is being played through a supermarket PA system on December 24th. And then there's a sax solo.

Christmas can be a lot of things, but sometimes it is best when it is just simple. Turkey, crackers, and a bit of Shaky. [Wil Jones] 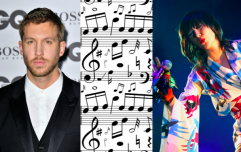 END_OF_DOCUMENT_TOKEN_TO_BE_REPLACED

Michael Buble doesn't do much these days. He doesn't need to. Every winter, someone defrosts him just in time for a series of lucrative talkshow appearances and a couple of swooning performances of "It's Beginning to Look a Lot Like Christmas".

That is not his best Christmas cover, though. No, his best Christmas song is "Mis Deseos / Feliz Navidad", featuring Thalia. A mellower version of Jose Feliciano's original, it evokes a warmness like no other Christmas song for me, Clive. The vocal duet with the soft but anthemic production make it the best on the album, and my personal favourite full stop. Feliz Navidad, prospero año y felicidad, amigos. [Reuben Pinder]

"Stay Another Day" has proper sparse production, and any other tune would fall on its arse were it not for the quality of the songwriting. And then you find out it's about suicide Tony Mortimer's brother, and you get a different perspective on it. It's really poignant but its sung by a boy band in ridiculous parkas. It’s great. [Swedemason]

"This Ain't New Jersey" is the penultimate album track on Funny Looking Angels, a 2011 collaboration between Tom Smith (Editors) and Andy Burrows (ex-Razorlight).

For me, the whole album is immense - a rare Christmas record that's actually good. But "This Ain't New Jersey" is the one. A soaring, melancholy lament to imperfect love, it encapsulates both the unbridled joy and reflective poignancy of this time of year.

The lyrics describe a meaningful relationship that looks to be on the brink - until it is saved by an enforced Christmas together and a timely reminder it's all worth it in the end. The line "When we fight, I love you more" sums it up; the necessary heartache of real love. In a weird way, it kind of recalls the spirit of "Fairytale of New York" - albeit with a slightly more optimistic outcome. [Nooruddean Choudry]

Christmas in Hollis wasn’t the first Christmas rap song – that was ‘Christmas Rappin' by Kurtis Blow – but it is the definitive one.

The star here is the endlessly-funky sample of Clarence Carter’s ‘Back Door Santa’, which accompanied by looped sleigh bells, is a brilliant piece old-school hip-hop, regardless of what season it is. Lyrically, there’s nothing out of the Christmas norm here, but depiction of the holidays taking place in an inner-city neighbourhood, as opposed to the snowy small-town of so many Xmas movies and specials, is also quietly revolutionary in its own way. [WJ]

5: "All I Want For Christmas Is You" - Mariah Carey

It is several hours into the work Christmas party. The boss has got his credit card out. The enforced-fun-activity period of the evening is over. There are several empty bottles of prosecco on the table. A round of shots may have been ordered.

Everyone is up. Everyone is on the dancefloor. Everyone will be screaming the chorus, out of tune. And it will be joyous. [WJ]

Even before George Michael's passing on Christmas Day 2016, "Last Christmas" was a song tinged with sadness. A wonderful slice of melancholic 1980s synthpop, it manages to sound icy and cold and wintery in a very modern way.

Sure, the sleigh bells help, but even if this wasn't a Christmas song, it would still be one of the most memorable songs in Wham!'s hit-filled discography. [WJ]

This song kept me sane.

When I was in uni, I had a part-time job at the big ASDA. The festive period was obviously already pretty gruelling, made worse by the fact that I had to listen to the exact same generic Christmas songs for ten hours straight every time I came in for a shift.

My one saving grace? "Fairytale of New York". It's a Christmas song, sure, but it isn't *that* Christmassy. It'd come on once every few hours, and for four glorious minutes, I wouldn't have to listen to any f*cking sleigh bells. [Daniel Orr]

This entry could easily be for every track on A Christmas Gift for You from Phil Spector (the undisputed greatest Christmas album of all time), but let's go for the record's one original track (the rest of the songs are all covers of classic Christmas songs).

Phil Spector's gorgeous, lush 'wall of sound' production is basically what Christmas sounds like: busy, gaudy, over the top, and wonderfully heart-warming, like an over-dressed Christmas tree, drenched in fake snow and baubles, with five different sets of fairy lights blinking perfectly in a syncopated rhythm.

The production wouldn't matter though if it wasn't a good song - and what a song "Christmas (Baby Please Come Home)" is. As Darlene Love howls with emotion about it's "not like Christmas at all" without her lover there, and the song physically reaches out from the stereo and wrenches with your heartstrings. No wonder Martin Scorsese used it for the Christmas scene in Goodfellas. [WJ]

"Merry Xmas Everybody" is simply the most hype Christmas song. It’s the yuletide equivalent of necking three energy drinks and a handful of Pro Plus. If you want a direct injection of Christmas spirit to pump you up for the festive season, Slade’s sideburns and cider-fuelled anthem is the hit you’re looking for.

Am I hanging up my stockings on the wall? I’ve blasted those suckers in with a nail gun. I’m doling out peace and goodwill like a malfunctioning cash machine. I’m stood on top of my house with my shirt off at 3 in the morning, bellowing glad tidings to my neighbours through a megaphone. Why? Because IT’S CHRIIIIIISTMAAAAAAAAAS. [Rich Cooper]

popular
Patrick Vieira appears to kick fan after Everton defeat
'I did three grams of coke during a game': Inside football's problem with Class A drugs
Johnny Depp's lawyer Camille Vasquez responds to romance rumours
Amber Heard's acting coach explains exactly why she believes her tears are real
Man United cancel end of season awards after player requests
'Wow, hats off to her! Sick remark from Bobbi Anne McLeod's killer after she survived 12 hammer blows
Amber Heard told Johnny Depp to 'suck my d*ck' in secretly recorded audio
You may also like
Music
Got beef? Ranking 11 of Eminem's best diss records pre-Kamikaze
Entertainment
Boyz II Men are coming to the UK this August
Entertainment
Lionel Richie's legacy to be cemented in stone... literally
Entertainment
You'll never guess what the most festive Christmas song of all-time is, and it's not by East 17
Sport
Mariah Carey vs a mascot in a Coyote costume sets the tone for a weird 2017
Next Page