As this heartbreaking CCTV footage shows, on December 17th the pooch was abandoned in Stoke-on-Trent.

The video shows Snoop’s owner let him out of the car, before driving off without him.

Snoop was rescued the RSPCA, who are now attempting to rehome him.

They released the CCTV footage, and the clip has now gone viral. He even made it onto Good Morning Britain.

It has gone so far that even hip-hop royalty saw it, as Snoop Dogg has said that he would take his namesake in.

“It is heartbreaking,” Snoop told the Daily Star.


“There is always room for another dog in Casa de Snoop.” 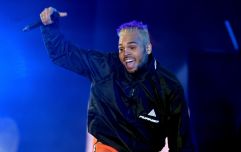 END_OF_DOCUMENT_TOKEN_TO_BE_REPLACED

“If he really needed a home then he has one with us. But I don’t think there is going to be any shortage of loving homes after all the exposure he has got, Snoop Dogg continued.

Comedian Sue Perkins also said she would take Snoop in (the dog, that is, not snoop Dogg. That would just be weird).

Spent the afternoon with the famous Snoop, the dog who has touched millions of hearts around the world this Christmas after he was cruelly dumped in Stoke-on-Trent. He is such a loving dog! How could anyone heartlessly abandon him? 💔 @RSPCA_official is still investigating. pic.twitter.com/J9r3yryHQQ

RSPCA Regional Media Manager Rachael Butler told ITV News that it had been “a bit of a crazy week” for Snoop, but he was “doing well”.

“We’re still appealing for information, we still really want to find out who did this to him, who dumped him.”

Have just been looking at all the media coverage Snoop has had these last couple of days and it is phenomenal. His story has gone as far and wide as USA, Russia and India! Thank you everybody for sharing @RSPCA_official appeal. For now, our famous Snoop is enjoying a snooze ❤️ pic.twitter.com/qM6Ip7iQ0q

You may also like
Entertainment
Furst Dates: Going speed dating with dogs
Entertainment
You can buy beds for your pets shaped like the Iron Throne
News
It turns out cats do recognise their names - and will ignore you just for the hell of it
News
Mouse caught on camera tidying up pensioner's shed at night
Life
Woman attacked by jaguar after climbing into enclosure for a selfie
Next Page