What does the REM reference at the end mean?

When it comes to Radiohead, very few things are straightforward. 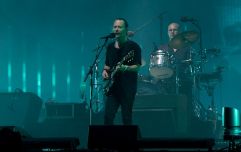 END_OF_DOCUMENT_TOKEN_TO_BE_REPLACED

The band have a reputation for evolution and innovation, whether through shifting through the genres from one album to the next or allowing fans to decide how much they wanted to pay for In Rainbows on its release in 2007.

This month marks the 20th anniversary of the band’s most iconic album and arguably one of the most iconic albums of all time, OK Computer, which was (try not to feel old) released way back in May 1997.

The actual anniversary doesn’t arrive until May 21, but Radiohead teased their fans on Twitter on Monday with the release of a fairly cryptic video featuring the voice of a young girl reciting the lines of one of the most well-known tracks on the album, ‘Climbing up the Walls’ (see below).

What it might actually mean or whether it even means anything at all remains unclear, but it hasn’t stopped fans getting excited, particularly about the mention of REM at the very end of the clip.

It would be optimistic in the extreme to think that it might possibly lead to the two bands going on tour together again, as they did in 1995, tantalising a prospect as that might be.

REM? Radiohead? Are you guys organising a rerun of Glastonbury 2003?

Ok computer's 20th year anniversary?! What is this??

Guys guys it's a covers album feat. all their friends/faves & REM is the first artist revealed! 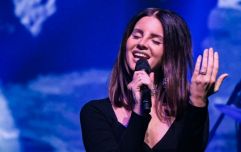 END_OF_DOCUMENT_TOKEN_TO_BE_REPLACED

We're just going to have to keep an eye out to see if Radiohead follow up on a video that's got a lot of people very excited, but in the meantime, why not revisit the track referenced in the video and remind yourself what made OK Computer so good in the first place.

popular
How did Brian Laundrie’s parents find his remains in a few hours?
Taliban 'behead junior volleyball player and post photos of her head on social media', report says
St James' Park to get new name under Newcastle new owners
The JOE Friday Pub Quiz: Week 266
Real life Squid Game coming to UK and you have to sign a 'medical disclosure' to play
Alec Baldwin asked 'why was I handed a loaded gun?' after fatal on-set shooting
Producer says Alec Baldwin should be charged with manslaughter over accidental shooting
You may also like
Entertainment
Lana Del Rey could be sued for ripping off popular Radiohead song
Uncategorized
PIC: This Father Ted/Radiohead flag is surely the best flag at Glastonbury this year
Music
"Oh Jeremy Corbyn!" rings out during Radiohead set at Glastonbury
Entertainment
REWIND: Radiohead's OK Computer turns 20 this week, JOE ranks its 5 best songs
Music
Radiohead announce release of remastered version of OK Computer with brand new music
Next Page