RnB star R Kelly has been dropped by RCA Records after years of sexual misconduct allegations, as reported by Billboard. 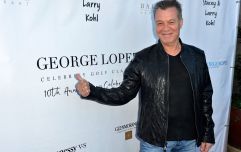 END_OF_DOCUMENT_TOKEN_TO_BE_REPLACED

The allegations, which have dogged Kelly for many years, hit the headlines again following the broadcast of a documentary series from US network Lifetime.

Surviving R Kelly featured testimony from multiple women who said they had relationships with Kelly when they underage, and had suffered mental and physical abuse from the singer.

Billboard says that Sony (of which RCA is a division) and R Kelly "have agreed to part ways". Kelly now appears to have been removed from the RCA website. 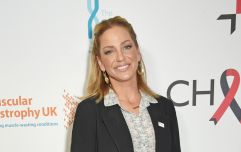 END_OF_DOCUMENT_TOKEN_TO_BE_REPLACED

In 1994, Kelly was reported to have married the singer Aaliyah in a secret ceremony when she was just 17, and he was 27. The marriage was later annulled.

In 2002, Kelly was charged 21 counts of child pornography after a videotape emerged that alleged to show him having sex with a 14-year-old girl. However, he was acquitted of all charges in 2008, when the woman on the tape would not testify.

A 2017 Buzzfeed article alleged that Kelly was keeping women against their will in a "cult".

Last year, the #MuteRKelly movement began on social media, and the new Lifetime has only furthered the turn in public opinion against him. Artists including Lady Gaga, Pheonix and Chance The Rapper have recently apologised for working with him - Gaga even pulled her collaboration with Kelly, 'Do What U Want' from streaming services last week.

There has as of yet been no response from either RCA or R Kelly.