Oh dear. Will Smith has released a new song and it is very bad indeed

Will Smith is a hero.

Let's get that cleared up right away. Throughout the '90s, most of the '00s and sadly not much of the current decade, Will Smith entertained the people like nobody else.

END_OF_DOCUMENT_TOKEN_TO_BE_REPLACED

As a rapper, his family-friendly rap tunes really bounced - songs like 'Gettin' Jiggy With It', 'Summertime' and 'Miami' are still verifiable choons. Then, in The Fresh Prince of Bel-Air, Smith showed us his comedy chops, his irresistible charm, and in a few memorable moments, showed that he could really act; he could really move us.

Then Hollywood came calling. For a long stretch, Will Smith was the biggest movie star in the world. Everything he touched turned to gold: Men in Black, Bad Boys, Independence Day, I, Robot. The man could do no wrong.

Of course, no one stays at the top forever. A few dodgy movies and awkward Oscar grabs later, and Big Willie wasn't so big no more. It's been a while since Will has starred in a genuinely brilliant, massively successful movie; Suicide Squad made a lot of money, but no one could call that success with a straight face. 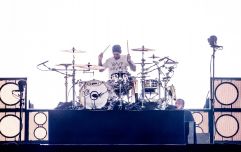 END_OF_DOCUMENT_TOKEN_TO_BE_REPLACED

Recently, Smith has been reunited with his old compadre DJ Jazzy Jeff, hitting up the summer festivals, banging out the classics that are still well-loved today.

But no one wants to be a nostalgia act. Every artist wants to be contemporary, move with the times, bring some new stuff along with the old. For Will Smith, that has taken the form of 'Get Lit', a new, EDM-heavy track, which you can listen to below.

As your ears will have just informed your brain, it is not very good. It is, actually, quite bad. 'Get Lit' is a bargain basement banger that, unfortunately, does not bang. A carbon copy of virtually every other EDM track in existence, you couldn't pick this song out of a lineup if you watched it kill your dog, and if you're listening on speakers, that's a very real possibility.

END_OF_DOCUMENT_TOKEN_TO_BE_REPLACED

Will Smith is 48, precisely the wrong age to start trying to produce banging dance tracks. He didn't need to do this. By all means, work on new songs and bring something new for the fans coming to see you, but do what's true to you, not what everyone else is doing (and to be honest, this is what everyone else was doing five years ago).

There is a way for Will Smith's music career to legitimately exist in 2017. There is a song that he could drop that would make people go: "Yes! Big Willie Style is back in fashion," rather than: "Jaden, come and collect your dad."

popular
Brit on holiday beaten with a brick by gang before being thrown in the sea unconscious
Fears surging covid cases could ruin summer holidays with return of tests and rules
Dad who ran off with Ukrainian refugee says couple are doing 'brilliantly' - but he can't see his kids
Men with ‘very large penises’ wanted for new documentary
Teens are turning up to watch Minions in suits - and why cinemas have been forced to ban them
British schoolboy breaks internet after attending prom in sequined tuxedo ballgown
Premier League player arrested on suspicion of rape facing two more allegations
You may also like
Entertainment
Kate Bush has reportedly made $2.3million since ‘Running Up That Hill’ appeared in Stranger Things
Life
DJ slammed for playing cruel song for prom queen in wheelchair that he claimed was 'perfect'
Entertainment
Adele fans have 'mad respect' for her after she stopped her Hyde Park gig to help someone in distress
News
R. Kelly is on suicide watch after being sentenced to 30 years in prison
Entertainment
The JOE Friday Pub Quiz: Week 301
Next Page