Happy birthday to the King of Pop

Today would have been Michael Jackson's 60th birthday. Born August 29th 1958, Michael Joseph Jackson would go on to be crowned the world's greatest entertainer breaking all kinds of records in the process and is still globally the biggest selling musician of all-time. 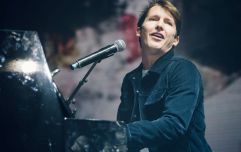 END_OF_DOCUMENT_TOKEN_TO_BE_REPLACED

To celebrate the King of Pop's birthday a new record by the name of "Diamonds are Invincible" has been released. Produced with the help of Mark Ronson, the song is more a mash up taking you on a journey through Jackson's greatest hits.

Never wanting it to end, songs featured include:

Listen to "Diamonds are Invincible" below (or by clicking on this link):

In other Michael Jackson birthday news, if you're in the Southbank area of London today you'll be able to visit a giant diamond encrusted crown that has been installed to celebrate the milestone. 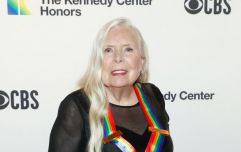 END_OF_DOCUMENT_TOKEN_TO_BE_REPLACED

Sony Music in collaboration with The Estate of Michael Jackson are inviting fans to celebrate the King of Pop’s Diamond Birthday Celebration with the installation of a giant jeweled crown at London’s iconic Southbank for one day only.

Drawing on elements of Michael’s signature style and true to his larger-than-life persona, the sculpture will stand at 13ft. tall and will be a must-visit sight for music fans during this limited time.

Celebrations will also be taking place from Las Vegas, honouring the legendary performer and his continued importance and influence in music today.