One of the men who accused Michael Jackson of sexual abuse has been told by an LA court that he cannot sue companies owned by the late singer.

END_OF_DOCUMENT_TOKEN_TO_BE_REPLACED

James Safechuck was one of two men featured in the 2019 Channel 4/HBO documentary Leaving Neverland.

The Los Angeles County Superior Court found that James Safechuck could not sue MJJ Productions Inc. and MJJ Ventures Inc, who are named as defendants.

Judge Mark A. Young ruled Safechuck's lawsuit did not show that the two companies had a relationship with him that would mean they were required to protect him from Michael Jackson.

James Safechuck's case was originally filed in 2013. It was first dismissed in 2017, but it was revived in appeals court in 2020, after a new California law was signed which extended the amount of time alleged victims of childhood sexual abuse were able to file lawsuits.

James Safechuck was the co-focus of the documentary Leaving Neverland, along with Wade Robson. Both men were befriended by Michael Jackson as children in the late 1980s and early 1990s, and both alleged that the singer sexually abused them. 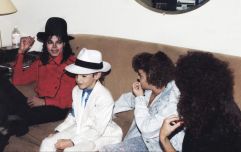 END_OF_DOCUMENT_TOKEN_TO_BE_REPLACED

Wade Robson has also filed a similar lawsuit, which is currently ongoing.

The Jackson estate denies that Jackson abused either Safechuck or Robson. 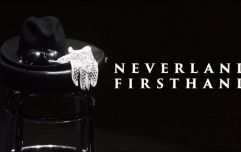 END_OF_DOCUMENT_TOKEN_TO_BE_REPLACED

Earlier this week it was revealed that Dan Reed, the director of Leaving Neverland, is making a follow-up film, and was shooting footage at the Los Angeles Superior Court.

Deadline reports that MJJ Productions and MJJ Ventures have tried to entangle Reed in the legal proceeding.

According to Deadline, Jacksons' companies have served Reed and his production company with "subpoenas demanding that he personally appear for deposition and hand over documents and materials related to Leaving Neverland and the sequel." This was followed by "Jackson’s attorneys filing a brief in which they attempt to discredit Reed, persuade the court that he is not a legitimate journalist, and portray Leaving Neverland as one-sided."

Reed responded with a motion to quash the subpoenas, saying that he is a UK resident and his production company is not based in California.

"The follow-up documentary for which I am currently filming in these cases is about current events taking place partly in public view and will be an unfolding narrative with multiple points of view," said Reed.