Mac Miller's tribute concert is tonight, here's how you can watch it

Mac Miller tragically died from a drug overdose at his home in the San Fernando Valley on September 7th, and while nothing will ever fill the void the 26-year-old musician left behind, tonight we get to celebrate his life. 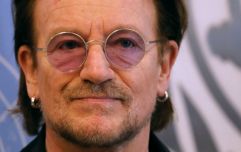 END_OF_DOCUMENT_TOKEN_TO_BE_REPLACED

Mac Miller: A Celebration of Life, a tribute concert for Malcolm McCormick (aka Mac Miller), will take place tonight at the Greek Theatre in Los Angeles at 6:30pm PT / 9:30pm ET, which means it'll go live in the UK at 01:30am.

Put together by Mac's family - his mother, Karen Meyers, his father, Mark McCormick and brother, Miller McCormick, along with Christian and Kelly Clancy of 4 Strikes management, the concert will be livestreamed for audiences worldwide via various streaming partners, including TIDAL, Facebook, YouTube and Twitter.

Presented in partnership with Live Nation, it will benefit and celebrate the launch of the Mac Miller Circles Fund (MMCF).

In honour of Mac's commitment to the arts, the MMCF will provide programming, resources, and opportunities to youth from underserved communities, helping them recognise their full potential through exploration in the arts and community building.

In addition to livestreaming the event, many of the streaming platforms taking part will offer viewers the opportunity to donate to The Mac Miller Circles Fund. Viewers can expect donation opportunities on Facebook, LiveXLive, TIDAL, and Twitter. To learn more about the charity, visit: http://www.TMMCF.org.

popular
Marvel actor Gaspard Ulliel passes away aged 37 in ski accident
Saudi giants make audacious loan move for Pierre-Emerick Aubameyang
QUIZ: How many of the most successful football teams can you name, without making a mistake?
Tickets for UFC London are about to go on sale
Line of Duty stars reprise roles to slam Boris Johnson in brutal AC-12 interview
Referee who made AC Milan mistake was 'in tears' and 'state of shock' after the game
Music festival line up labelled 'wet dream for emos from 2000s'
You may also like
Entertainment
Nirvana baby refiles lawsuit over 'child pornography' album cover
Entertainment
People mistakenly mourn Limp Bizkit's Fred Durst after murderer Robert Durst dies
News
Band behind 'Boris Johnson is a c**t' song accuse LadBaby of profiteering from poverty
Entertainment
'Boris Johnson is a f**king c***' song set to crack Christmas chart
Entertainment
Demi Lovato sings to ghosts to help them overcome past trauma
Next Page