If you use YouTube, even just semi-regularly, you will have come across them

In your suggested videos column, alongside WatchMojo Top 10 lists and takedowns of The Last Jedi, there they are, with titles like “lofi hip hop radio - beats to relax/study to” and “24/7 lofi & chillhop radio - music to sleep & study”.

Sometimes they have a looped Simpsons gif with artificial VHS fuzz. Or a close up from an anime. An animated hand hovering with a cigarette over an ashtray. Rain hitting a city window. The reflected lights of a cartoon sports car.

But mostly, it is a girl, sitting at her desk, mindlessly taking notes. She has big chunky headphones over her ears and a look of resignation in her eyes. She turns and looks longingly out of the window. There’s a big city out there and she is trapped inside. On the window lies her cat, positioned in that sarcastic, mocking way that cats can be. He looks back down. This cycle continues, seemingly forever.

They are all the visual accompaniment to mixes - some are livestreams, some are hourlong mixes, but they play a similar blend of genres. There’s J Dilla-style instrumental hip-hop. There’s chillwave. There are Studio Ghibli and Nintendo samples. There’s a smidgen of jazz. Maybe even some acoustic guitars. It’s hard to pin down exactly what makes a song right for these mixes, but you know when you hear it.

Sitting there, watching the enigmatic gif loop over and over again, the effect is ethereal. It is gloomy yet also comforting – a little bit like being stoned.

These mixes have exploded on Youtube in the last six months or so. Know Your Memes cites one of the earliest known examples as being from 2013, from prolific YouTube channel Chillhop Music. The video, "City Nights Vol. 1 ♫ HD Chill Hip Hop mix" – with cityscape live-action visuals instead of animation – has nearly three million views. But there are now hundreds of such mixes on YouTube – and the advent of livestreams on the platform has led to countless channels of endless music, with thousands of people watching at any one time.


There’s something about the combination of melancholic imagery and anonymous beats that seems to capture the mindset of a generation of young people facing an uncertain future and declining incomes.  Laidback instrumental music like this is far from new – Brian Eno’s Music for Airports defined ambient and minimal music all the way back in 1978, and Ministry of Sound’s Chillout Session series of compilations spawned many imitators in the early 2000s – but these YouTube playlists are distinct. 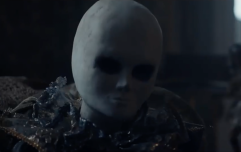 END_OF_DOCUMENT_TOKEN_TO_BE_REPLACED

"I do think it aligns well with the moment that we are in," says Graton Tanner, author 0f Babbling Corpse: Vaporwave and the Commodification of Ghosts. "It does seem to align with an extremely atomised society, whereas opposed to going out to a real physical location and listening to actual music, and actual human bodies next to you, people go online at three in the morning when the live stream is still going and talk to whoever else is up about Donald Trump."

They have their origins in vaporwave, the much-memed early 2010s microgenre, created by cutting up and slowing down cheesy soul records, elevator music, J pop, advertising jingles and various other disposable music. Just as important as the music for vaporwave was the visuals, incorporating nostalgic imagery like old commercials, anime and The Simpsons. The music often lived as video compilations on YouTube, accompanied by looping anime gifs – and low-fi beats playlists and livestreams very much imitate this format.

Take Neotic, an account that has nearly half a million subscribers and runs the livestream “CHILL RADIO 24/7”. Alongside the familiar laidback tunes is a loop of Lisa Simpson playing videogames, with distorted colours, faux VHS grain and an N64 logo edited onto her bedroom wall. It’s the perfect encapsulation of the aesthetic.

The Simpsons is a recurring motif in the livestream videos, particularly the show’s 1990s golden era (the image of Lisa is from the 1998 episode "Lard of the Dance"). The faded colours give it a nostalgic, almost dreamlike quality – a paining for childhood.

Steven Gonzalez, the Colombian 21-year-old student who runs Neotic, told me this appeals directly to his audience of disaffected millennials. “The average age of people who usually watch my channel is between 18 and 35," he says. "I am very sure that what attracts them most to this genre is nostalgia, relaxing melodies, sounds of jazz and soul - sometimes very common synths of pop music of the 80s and 90s.

“What I try to achieve with the visuals is something that people will identify with, some strong feeling, such as sadness, love, melancholy, happiness. With this the viewers will have a deeper connection with the music that plays in the background.”

"I would define my visual style as dark, distorted and violet,” he adds. 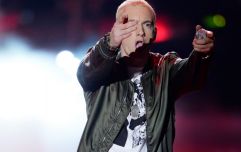 END_OF_DOCUMENT_TOKEN_TO_BE_REPLACED

But by far the most common visual for these livestreams and mixes, though, is the aforementioned girl, sitting at a desk, scribbling away. It is what adorns the most famous and iconic stream: ChilledCow’s “lofi hip hop radio - beats to relax/study to”. Endlessly memed and parodied, popular video game site Polygon once even uploaded an eleven-hour pastiche with Waluigi in the lead role.

The loop comes from 1995 Studio Ghibli movie Whisper of the Heart, a fable about a teenage writer Shizuku getting lost in her imagination. Japanese animation powerhouse Ghibli is best known for Hiyao Miyazaki's masterpieces My Neighbour Totoro, Spirited Away and Howl’s Moving Castle. Whisper of the Heart is lesser-known yet strangely familiar, and the overall effect is to create a feeling of childhood nostalgia for a film you have likely never seen.

In fact, the gif on the channel now is no longer the original from the film. In July 2017, the ChilledCow stream was pulled over a copyright claim on the gif. When it returned, the gif became what it is today – a copyright-safe recreation of the girl and her cat from Whisper in the Heart.

The original 'Whisper of the Heart' girl

The original gif has come to define the look of these channels – as well as featuring keyword like “chill”, “low-fi” and “relax” – channels trying to ape the likes of ChilledCow all used that gif. But following the copyright strike they’ve now created their own approximations. Chillhop Music has a racoon studying. STEZZYASFUCK has a familiar looking room, sans girl, but with the addition of what looks like Alf. College Music has a similar anime girl.


That last channel is run by Jonny Laxton, 19, and Luke Pritchard, 20, from Leeds and Reading respectively. A New York Times article from May identified ChilledCow as being a 23-year-old Parisian named Dimitri. Steven Gonzalez is a 21-year-old in Colombia. Unlike the music scenes of the past that were geographical, these are kids in their bedrooms connecting across the globe. 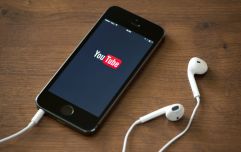 END_OF_DOCUMENT_TOKEN_TO_BE_REPLACED

As the description goes, these are playlists to put on when you are studying or working at a computer, or when you just need to relax. At a time when were are told millennials aren’t going out as much as older generations did and that we are facing an epidemic of loneliness, these are solitary experiences. When you are stuck at home, revising for your A-levels or trawling through Reddit, you look up and see the girl from Whisper of the Wind appears to be going through the same thing.

"Many viewers have expressed how they believe the anime girl keeps them company and even acts as a motivator while they are trying to focus," Jonny, from College Music, says. "It helps people get through those long and lonely nights of work".

Both Neotic and College Music have plans to take things beyond YouTube. Neotic aims to build a label, and College is already there, with Luke having dropped out of university to concentrate on the channel full-time (they also expanded to Spotify). Both he and Laxton told me that they also were looking into live events – quite a step, since this is a genre that’s reliant so much on the online experience.

"We are looking into how we can effectively curate an event that aligns with the origins and nature of lo-fi music," Jonny says. "Due to the relaxed vibe of the music, finding an equilibrium that would suit a live setting may be difficult, but we are keen to experiment." Asked what a College Music live show might look like, Luke response - paraphrasing a tweet from comedian Brandon Wardell - is that “instead of mosh pits, we’ll have study pits".

There is already a live audience coming together every night to enjoy this music together. Look at any of the livestreams, and the YouTube live chat buzzes constantly. It might mostly be nonsense and memes and Fortnite, but there’s always people there wanting to connect. College Music have even set up a Discord channel with a 5,000-plus strong community. "Over time we've seen a lot of people become e-friends and tend to go onto the server/livestream when their friends are on," Luke says. "Which is kinda cute."

If you think of the now-cannonised music scenes - punk in the 1970s, hip-hop in the 1980s, grunge in the 1990s, or grime in the 2000s - they were all disillusioned kids coming together to find solace in creativity and each other. Up until now, they were always restricted by geography, but in 2018 there is no need for scenes to spawn in the same town. Technology means young people from all over the world are coming together for a communal experience, whenever they need it. Unlike the girl in the gif, they are no longer working alone.