Next year will see the release of a Liam Gallagher solo album, as the former Oasis and Beady Eye frontman has signed a new solo record deal.

Talking in Q Magazine, Liam made mention of signing with a new deal with Warner Records UK, who will produce the album. 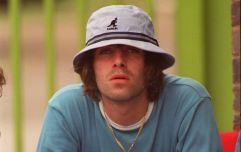 END_OF_DOCUMENT_TOKEN_TO_BE_REPLACED

Gallagher commented: "Very excited to be signing to the mighty Warner Brothers. Looking forward to making some super sweet sounds. Keep the faith!"

"The album he’s currently recording is big, bold and heartfelt, and it feels important and culturally relevant. It’s great to be working with Liam on such a strong return for one of the UK’s most loved artists."

As we understand it, the new deal will not see Liam embark on a fully fledged solo career, but rather see him release '10 or 11 songs', that he felt were worthy of outing.

"They’ve got flair, attitude, the melodies are sick and the words are f*cking funny. ... It’s a record written by me, that’s got all the right ingredients and sounds well tasty. You won’t be scratching your chin. It’s not Pink Floyd and it ain’t Radiohead. It’s chin-out music"

Giving his first interview in three years to the magazine (which is on sale now), Liam reserved a few words for his brother Noel.

Whatever next? Robbie Williams turning up on his next record? I’d have to send the police round. Put it this way, Noel lives in a £17million house. That changes you, I reckon. You have appropriate furniture, appropriate kitchens, appropriate red wine that Bono’s recommended. And Damon Albarn becomes your mate. Fair dos, but not for me.

Staying on brand at least.