Kanye, what is with these seven track projects?

Seriously bro, I'm asking. What is so significant about the number seven? Is it because it’s a holy number? A lucky number? Or is it just a number you picked out of a hat and hoped it would stick? Or perhaps you’re a conspiracy theorist that believes the number seven is linked to the death of Tupac Shakur. 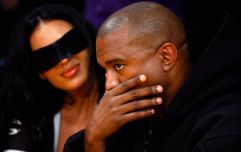 END_OF_DOCUMENT_TOKEN_TO_BE_REPLACED

Whatever the case, please explain it to me because it’s messing with the OCD side of my brain.

And that’s precisely what’s wrong with Kids See Ghosts, KiD CuDi and Kanye West’s new project. Just as it begins to show some serious promise it ends. It’s like being given a food sample in Costco and then going to buy the product and finding that it’s sold out. What in the actual fuck?

When I heard that KiD CuDi was going to be releasing a new project produced by Kanye West I can’t lie, I got excited. CuDi is a true artist. He’s one of those rare individuals who can make you feel something without uttering a single word. He can hum, harmonise or scream on a track and you immediately feel something, whether good or bad.

His first two albums, Man on the Moon and Man on the Moon II, as well as his A Kid Named CuDi mixtape and 2016’s massively slept-on Passion, Pain & Demon Slayin’ are all solid pieces of work that should be talked about way more than they already are. 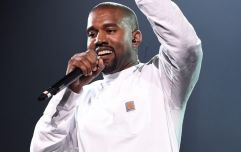 END_OF_DOCUMENT_TOKEN_TO_BE_REPLACED

At times a tormented artist who truly lays it all on the line for the sake of creativity, music is a therapy session for both CuDi and his listeners. You feel like you’re in it together.

With Kids See Ghosts I feel like just as you’re getting to the good stuff the therapist declares that your time is up. 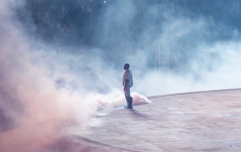 END_OF_DOCUMENT_TOKEN_TO_BE_REPLACED

Out of the seven tracks on the project four really stand out: “4th Dimension”, “Reborn”, “Kids See Ghosts” and “CuDi Montage”.

“4th Dimension” stands out more so for its wordplay - “It feels so good it should cost/ Bought an alligator, I ain't talkin' Lacoste” - and its eerie use of Louis Prima’s “What Will Santa Claus Say (When He Finds Everybody Swingin’)”, while “Reborn” musically transports you to a far away place, somewhere where only your higher state of consciousness exists. It’s dreamy in a non-cheesy manner and it feels like a return to the KiD Cudi we fell in love with early on in his career.

“Cudi Montage” borrows from Kurt Cobain’s “Burn the Rain”, a track featured on the late Nirvana frontman’s posthumous compilation Montage of Heck. While Ye laments about violence in the black neighbourhoods, which of course is a serious topic, you’d be forgiven for missing it on the first few spins because you’re instantly drawn into some classic CuDi humming and harmonising.

But one of the most impressive moments comes when Mos Def joins Ye and CuDi on the project’s title track. I don’t think it’s a far stretch to call it perfect. Combining CuDi’s melodic moaning and hypnotised chanting, Ye’s witty and engaged bars with probably Mos Def’s most significant feature of the last five years, all laid out over a sea of synths and mesmerising percussion, it’s easily one of the best records from this new batch of Kanye releases.

This doesn’t necessarily mean that the rest of Kids See Ghosts isn’t any good, because that’s not true. In fact, Pusha T’s verse on “Feel the Love” goes hard:

But there’s definitely some filler/feel-me-out kinda moments that many solid full-length albums also have but they feel different. Unlike Lebron James, they’re given a supporting cast. More songs means more context and more opportunities to build a vibe, something that historically CuDi has done very well.

Hopefully Kids See Ghosts is a prequel for something bigger, something fuller, something greater. I’ve always said it, Kid CuDi makes Kanye West better. He’s the Bernie Taupin to Kanye’s Elton John, the Quincy Jones to his Michael Jackson, and the 40 to his Drake. Don’t believe me? Just go and listen to 808s & Heartbreak and then come back to me.

popular
Premier League player arrested on suspicion of rape
Drag queen does poppers live on Channel 4 - tells mum 'I've bloody made it'
Jordan Peterson suspended from Twitter over Elliot Page comment - says he won't apologise
Swiss football fan slept rough in Milan for 10 years after getting lost at San Siro
Wildlife trophy hunter who killed lions and elephants gunned down in 'execution-style' murder next to car
Moment fighter jet appears at the wing of easyJet flight after teen passenger ‘made bomb threat’
Fans think Stranger Things has finally confirmed Will's sexuality
You may also like
Entertainment
Kim Kardashian 'mortified' after her son is exposed to joke about her Ray J sex tape
Entertainment
Jake Paul says $60m offer for Kanye and Pete Davidson fight is not a stunt
Entertainment
Pete Davidson taunts Kanye with 'I'm in bed with your wife' comment in fiery leaked text exchange
Life
Kanye writes poem about divorce: 'You're a vegetable'
News
Kanye West leaves fans in shock after decapitating and burying 'Pete Davidson' in music video
Next Page