This is probably for the best

Oh, Kanye. You put out some of the greatest records of the modern era, inspire a generation, and then let us all down by wearing a MAGA hat. 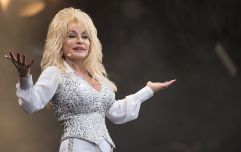 END_OF_DOCUMENT_TOKEN_TO_BE_REPLACED

For those of you not keeping track, Kanye has repeatedly stated his love for Donald Trump, hung out with the President at Trump Towers and the White House, and has been constantly seen wearing that damn MAGA hat. He also stated that he though slavery was “a choice” in an interview in May.

Needless to say, this political stance coming from the man who famously once declared that “George Bush doesn’t care about black people” has alienated a lot of his long-time fans.

Now however it seems that Kanye's political period could finally be over. On Tuesday night he tweeted that he was "distancing" himself from politics, and he felt he'd been "used".

My eyes are now wide open and now realize I’ve been used to spread messages I don’t believe in. I am distancing myself from politics and completely focusing on being creative !!!

"My eyes are now wide open and now realize I’ve been used to spread messages I don’t believe in. I am distancing myself from politics and completely focusing on being creative !!!"

It came as part of a series of tweets referring in part to right-wing commentator Candace Owens. 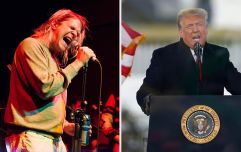 END_OF_DOCUMENT_TOKEN_TO_BE_REPLACED

So, basically, Owens is a very vocal supporter of Donald Trump and opponent of the Black Lives Matter movement, and in April, Kanye tweeted "I love the way Candace Owens thinks".

Recently, she launched a campaign called 'Blexit', with which she was encouraging African Americans to leave the Democratic Party.

Blexit t-shirts were unveiled, which Owens claimed were designed by Yeezy himself.

"Blexit is a renaissance and I am blessed to say that this logo, these colors, were created by my dear friend and fellow superhero Kanye West,” Owens told Page Six.

.@KanyeWest designed these “Blexit” t-shirts for @RealCandaceO’s new “Blexit” movement. They were handed out at #YBLS2018 pic.twitter.com/fh4IT6lVut

But Kanye is denying he had anything to do with the shirts, or the campaign.

I introduced Candace to the person who made the logo and they didn’t want their name on it so she used mine. I never wanted any association with Blexit. I have nothing to do with it.

"I never wanted any association with Blexit. I have nothing to do with it."

I support creating jobs and opportunities for people who need them the most, I support prison reform, I support common-sense gun laws that will make our world safer.

I support those who risk their lives to serve and protect us and I support holding people who misuse their power accountable.

I believe in love and compassion for people seeking asylum and parents who are fighting to protect their children from violence and war.

I would like to thank my family, loved ones, and community for supporting my ACTUAL beliefs and my vision for a better world.