The enduring hit-maker returns with his bid for the sound of the summer...

"Timing is everything," says Mark McCabe. 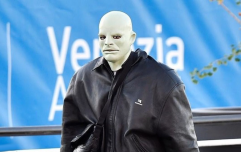 END_OF_DOCUMENT_TOKEN_TO_BE_REPLACED

With many years of music industry experience as a DJ, producer and radio programmer, he ought to know.

In conversation with JOE.ie a couple of months back, Mark McCabe spoke of the importance of a song hitting at the right moment, and how having a specific time in mind can make all the difference.

As such, the official video for "Over Me" arrives during the perfect summer sweet spot, with a heatwave in full effect.

Shot at various locations across the island of Gran Canaria, "Over Me" features vocalists Ovie and Aimée batting emotions back and forth as McCabe - who pops up for a cameo along the way - underpins the whole thing with a knowing chart-friendly nod to Benny Benassi.

Check it out below:

McCabe previously told JOE about his strict five-second rule, where if a song doesn't connect with in that ultra-brief timeframe, it's on to the next one.

END_OF_DOCUMENT_TOKEN_TO_BE_REPLACED

"Over Me", however, passes its creator's ruthless test.

"I hadn’t listened to it in a long time because I purposely stepped away from it," he said before the track's release.

"When you’re producing a track, you know everything about it, every little detail. It’s good to take a break away and then you go back and you forget things that you’ve done, and things that might have been annoying you during the process don’t annoy you as much. Things that you thought were good aren’t so good, and vice-versa."