In July of 1995 Brit Pop dominated the UK airwaves. 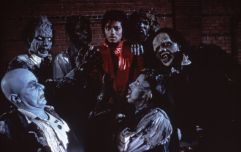 END_OF_DOCUMENT_TOKEN_TO_BE_REPLACED

You couldn't go anywhere without hearing music by the likes of Oasis, Blur, Pulp, Suede, Cast and many more.

But there was one song in particular that shaped British youth culture more than any other at the time and it was by alternative rock outfit Supergrass.

"Alright" was a fun, free and vibrant record that went on to become the unofficial anthem for school leavers in the UK the summer of its release. The video was colourful, the chorus was catchy and the song remains iconic to this day. It's one of those songs that once you press play it takes you back to when you first heard it, it's a time capsule moment.

And let's not forget it was even used by satirical puppet show Spitting Image to poke fun at the Labour Party, namely John Prescott, Tony Blair and Margaret Beckett.

So why don't we hear Supergrass or its lead singer perform "Alright" anymore?

Aside from Supergrass no longer being active as a band, according to Gaz Coombes, who we caught up with backstage at Bilbao's BBK Live Festival in Spain this past weekend, there's more to it than that. 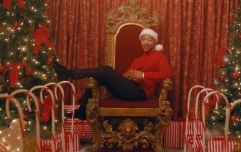 END_OF_DOCUMENT_TOKEN_TO_BE_REPLACED

"The song doesn’t really belong to us anymore," he begins. "I think the more we grew up individually the more our band grew up and then the less that song really applied to us. It was written when we were really young. It felt like the right move to sort of move on from it and let it be what it was and be proud of it.

"It’s not like the [Rolling] Stones. The Stones were great, they were lucky because all of their songs they wrote when they were 17 were quite cool blues songs that they could play when they were 70. But we wrote this song that goes: ‘We are young!’ And it’s trickier to nail when you’re 42, but I’m really proud of it. I love that track. I think it’s a weird beautiful track actually but we’ve just got to evolve and move on and move forward."

Continuing to make great music that is being acknowledged as such - there's even talk he might be the favourite for this year's Mercury Prize because of his excellent new album, World's Strongest Man - Gaz also discussed why he doesn't include any Supergrass songs in his solo sets:

"When I play with my band I don’t play any Supergrass stuff. If I did Supergrass stuff I’d want to do it with Supergrass. I don’t want to do a diluted version of that or a version that’s not got that essence. But when I play solo gigs with just me and a piano and a guitar sometimes it’s easier for me to pop in an acoustic version of something that I still feel really close to. 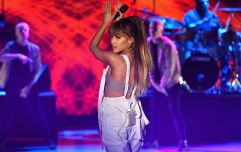 END_OF_DOCUMENT_TOKEN_TO_BE_REPLACED

"I still feel really close to a lot of those songs. I remember writing a lot of those songs and how they made me feel and I never wanna forget that, I don’t ever wanna shove it under the carpet but the focus right now is on these three albums that I’ve just done and I’m really proud of them and I think they sound amazing live so I don’t feel like there’s any need to play any of the Supergrass stuff."

Gaz Coombes' World's Strongest Man is out now and can be streamed below: