Eve says she has no clue where her Grammy is - "It got stolen, maybe"

It's not everyday you win a Grammy

It's not everyday you lose one either. But that's exactly what's happened to rapper Eve. 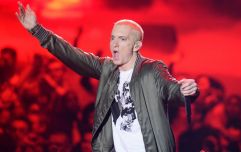 END_OF_DOCUMENT_TOKEN_TO_BE_REPLACED

The first lady of Ruff Ryders took home the Grammy for Best Rap/Sung Collaboration in 2002 for "Let Me Blow Ya Mind", her collaboration with singer Gwen Stefani, but after speaking to us at this year's Gumball 3000 launch event in London it's clear she doesn't actually know where her statue is.

"I actually don’t know where my Grammy is," she admits. "I need to order a new one. Can you order Grammys? I don’t even know how you get a new one."

Hanging her head in shame while laughing out loud, Eve adds: "I lost my Grammy. I know, I know."

Thinking about where it could be she has a theory.

"You know what I think happened, possibly? As I was moving house it either got left behind or it got stolen, maybe. I have no idea to be honest though."

Floating the notion around that someone could have stolen it, she laughs at the idea it could pop up on someone's Instagram in a picture sitting on a mantlepiece somewhere. 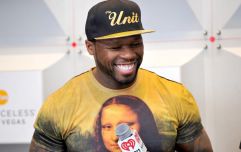 END_OF_DOCUMENT_TOKEN_TO_BE_REPLACED

"First of all, that would be fucking hilarious," she says. "If someone has my Grammy in their house that would be so funny, and I would rate them for that. I'd be like, 'Cool, get yours.'"

Eve is technically a two-time Grammy Award winner. She featured on fellow Philly natives The Roots' "You Got Me", alongside Erykah Badu, that took home the award for Best Rap Performance by a Duo or Group in 2000.

Neither fully credited nor featured in the video, did Eve at least get a Grammy statue for her contribution to one of Hip Hop's greatest classics?

"I didn’t personally get a physical [Grammy], no." 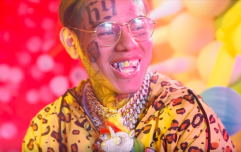 Tekashi 6ix9ine to be re-sentenced for underaged sex video

END_OF_DOCUMENT_TOKEN_TO_BE_REPLACED

Did she at least get a Grammy certificate?

"I didn’t get a certificate either. But you know what? It’s so funny because when this comes up I always pretend that I’m over it… but I’m not. Haha!"

But at least she has the other Grammy, even if it might be sat above someone else's fireplace, right?