A tale of two sides: Is Drake's new album actually any good?

Drake starts off his new album by stating: “My Mount Rushmore is me with four different expressions.”

This is exactly why I fuck with Drake.

“Why haven’t you replied?” some of them ask. “Release the response already,” others demand. But he won’t do it, he won’t give in. Drake has always done things his way and that’s what I love about him. He’s a leader not a follower and that mentality has gotten him to where he is today; he’s successful because of that inner strength.

Regardless of the criticism, the hate, the negative press, the questions surrounding his validity on the mic, he continues to believe in himself. He continues to self-congratulate and acknowledge his own achievements. Sure, there will always be Drake fans who will celebrate his successes, and no offence is intended when I say this, but they’re essentially strangers to him. Self-validation is important, especially at a time when you’re knocked on your ass.

When you fall off a horse what’s the first thing they tell you to do? Get back on. If you lose a game in sports what’s the next step? Train hard to win the next one. What did Aaliyah (one of Drake’s favourite people) say to do if at first you don’t succeed? That’s right, dust yourself off and try again.

Scorpion is Drake’s bounce back. 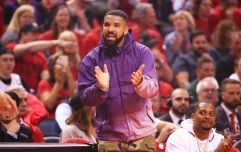 END_OF_DOCUMENT_TOKEN_TO_BE_REPLACED

One of the first things to point out about Scorpion is its production. Drake stepped his game up in a big way. Whether it’s the Marvin Gaye “All the Way Around” sample (taken from my favourite Marvin Gaye album, I Want You) used in “8 Out of 10”, or the fact that we finally get to hear Drake rap on a DJ Premier beat (“Sandra’s Rose”), I’ve been in awe at just how fluent and sharp the production is ever since first pushing play at about 6 o’clock this morning.

A tale of two sides, the album is made up of two discs. One hears him embrace the rapping side of his arsenal while the other is him getting his Teddy Pendergrass on (or trying to, at least).

Exploring the various sides of his personality, something he’s been renowned for ever since dropping his Room For Improvement mixtape back in 2006, but this time around things get a little more personal.

On “Emotionless”, arguably the album’s greatest moment both musically and lyrically, Drake finally acknowledges that he has a son. Spitting, "I wasn’t hiding my kid from the world/I was hiding the world from my kid,” this was obviously in response to Pusha T’s earlier diss meaning that Drake was ready to address the criticism. Instead of turning and running - it would have been so easy for him to say the album had already been turned in and just not address it - he fearlessly got on the mic and gave his explanation to the world.

Now one could say that he was guilt tripped into it and that we would never have known about Drake’s son if it wasn’t for Pusha but I like to think Drake would have done the right thing, eventually.

Addressing the topic again on the album’s closing track, “March 14th”, which confirms once again that Drake is the King of opening and closing albums, he also speaks on his baby’s mother.

”She’s not my lover like Billie Jean but the kid is mine/ Sandi used to tell me all it takes is one time, and all it took was one time/ Shit, we only met two times, two times.” 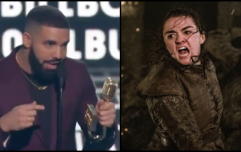 END_OF_DOCUMENT_TOKEN_TO_BE_REPLACED

Of course bangers “God’s Plan” and “Nice For What” stand out as some of the best moments on Scorpion, but there’s better. “Emotionless”, as already mentioned, is possibly the finest moment of the entire 25-track project. And if it’s not that then it’s “Sandra’s Rose”. DJ Premier and Drake on the same track? Are you kidding me? I don’t really need to say anything else about it.

“Survival” opens the album with some fighting talk that includes the above mentioned Mount Rushmore line. “Summer Games” mixes electronic echoes with African rhythms that will surely takeover festival sites this summer (especially when the line: “I follow one of your friends you unfollow me” roars out the speakers). Then there’s “Nonstop” with its Three-6-Mafia infused sound, courtesy of No I.D. and Tay Keith - this is a ‘stunt on everyone’ kinda track.

Staying on a Triple Six vibe, “Talk Up” is produced by DJ Paul, and with its horrorcore vibe it really wouldn’t sound out of place on 1995’s Mystic Stylez. Hearing JAY-Z on a slice of Three-6-Mafia production is orgasmic, especially being he’s talking about the street life he came from and darkness that consumes those types of memories. All it needs now is a Stanley Kubrick-directed music video.

There are a few moments on Scorpion that feel like they completely miss the mark, which was to be expected going into a 25-track album. The centrepieces on disc two, “Ratchet Happy Birthday”, “That’s How You Feel” and “Blue Tint”, all feel flat to me, so much so that I had to stop myself from falling asleep when I first listened to them. They lack that ‘Drake factor’ that makes you want to listen even if the beat isn’t all that. “I’m Upset” makes me feel the same way.

Very light on features, the Ty Dolla $ign and posthumous Static Major appearances on “After Dark” make for one hell of a slow jamz joint, just in case you’re looking for a new addition to your sex playlist. But it’s the album’s other posthumous guest appearance that stands head and shoulders above the rest.

Who’d have thought that Drake and Michael Jackson would ever collaborate (okay, I know it’s not exactly a collaboration but I’m running with it anyway) on the same record together? Not me, that’s for sure. But it’s happened.

When I first heard “Don’t Matter To Me” I actually thought it was a new Drake and The Weeknd record. And before MJ stans start throwing shade at me, have you listened to The Weeknd lately? He really is singing like Mike and that’s not a bad thing.

The song itself sounds exactly like how I’d imagine a Michael Jackson and Drake record to sound. It’s smooth, vibrant in all the right places and really goes for the heartstrings. Produced by Nineteen85 and 40, if you don’t start singing the chorus word for word after a single spin then you really are just a Drake hater.

So getting to the point, is Scorpion any good?

If it cut some of the fat away and was pressed as a single disc album it would have had the potential to be Drake’s next best album behind Take Care. Made up of stellar production, some home truths and more Instagram captions than you’ll know what to do with, it’s just Drake doing Drake. If it ain’t broke don’t fix it, right?

Drake's Scorpion is out now on Young Money/Cash Money Records.


popular
Barcelona to sue journalist and newspaper over racist Ansu Fati remarks
QUIZ: Can you name all the heroes on The Boys?
The hardest world flag quiz you will ever, ever take
QUIZ: Name all 50 of these 2000s Champions League players
Marcus Thuram Googles himself to pass stadium ID check
Did you know? Axel Tuanzebe holds a world record for Hungry Hungry Hippos
Marcus Rashford responds after free school meals campaign rejected