37 is the age you should stop going out clubbing, according to study

Got a few years left in the locker then.

It's got to be right up there as the thing that we've missed most since Covid entered our lives: going out to clubs. Well, at least it should be if you're under the age of 37, because this is the age at which we should all stop going to clubs. 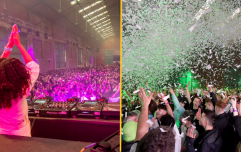 END_OF_DOCUMENT_TOKEN_TO_BE_REPLACED

Everyone remembers their first time, whether you were old enough or not. Who you went with, where it was, how you got there, what happened, how you felt the next day. True rites of passage.

Then, the chances are that you may have become a seasoned pro, especially if you went to university. You make the transition from bright-eyed fresher to hardened expert, and in the process probably start to just feel a little bit older as you seen younger, less experienced folk on the dancefloor with you or at the bar. But hopefully you're still loving it.

But time only keeps moving on, and eventually you will reach the stage where you call an end to your clubbing days. Like a player retiring from sport, you'll just know when to hang up your shittest pair of trainers and say goodbye to the sticky floors. Well now it seems like you can put an age to that moment.

It's 37. At the age of 37 we should apparently stop going to clubs.

This is according to research done by Currys PC World, who also found that whilst you may end your clubbing career at 37, you'll have entered the twilight years by 31 as this is the age at which we begin to prefer staying in to going out.

Clubbing in your late-20s is one thing, and that might make you feel a tad aged as it is. But 37? That is pushing it in fairness.

But maybe the pandemic will see a resurgence in older people hitting the clubs. After almost a year and half of clubs being closed, who wouldn't say yes to a night out at this point? 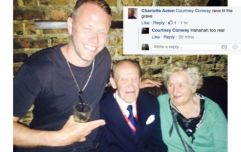 END_OF_DOCUMENT_TOKEN_TO_BE_REPLACED

I give it a week though if that. One week of clubs re-opening, and many will probably remember why they stopped going in the first place, which is absolutely fine. It's not for everyone, just like everything else in life.

But if you're older than 37 and want to hit the club, then you do you. Go for it, live your best life. Prove the doubters wrong. Stuff the research.