Most believe that Greg Hardy doesn't belong in back-to-back co-main events. But one thing's for sure, Greg Hardy's opponent did not want to be in the Octagon on Saturday night.

END_OF_DOCUMENT_TOKEN_TO_BE_REPLACED

Dmitrii Smoliakov was tasked with sharing the cage with Hardy, the controversial former NFL star turned professional mixed martial artist, in the penultimate bout of the UFC's show in Florida this weekend and it was clear from the outset that there was only going to be one winner.

Smoliakov looked like he wanted a way out before a punch was thrown and the Russian heavyweight lasted little over two minutes with Hardy, who got his first win in the UFC under his belt after a disqualification in his debut earlier this year.

Hardy absorbed just one strike during his mauling of the unfancied Smoliakov, who came into Saturday night's fight with a record of 9-2.

UFC President Dana White couldn't believe the lack of quality in Smoliakov's performance and in his post-fight press conference, he mocked Smoliakov by claiming that it wouldn't shock him to learn that Smoliakov's wins came against the gathered media members.

"I’m not gonna say that I loved that fight," White said. 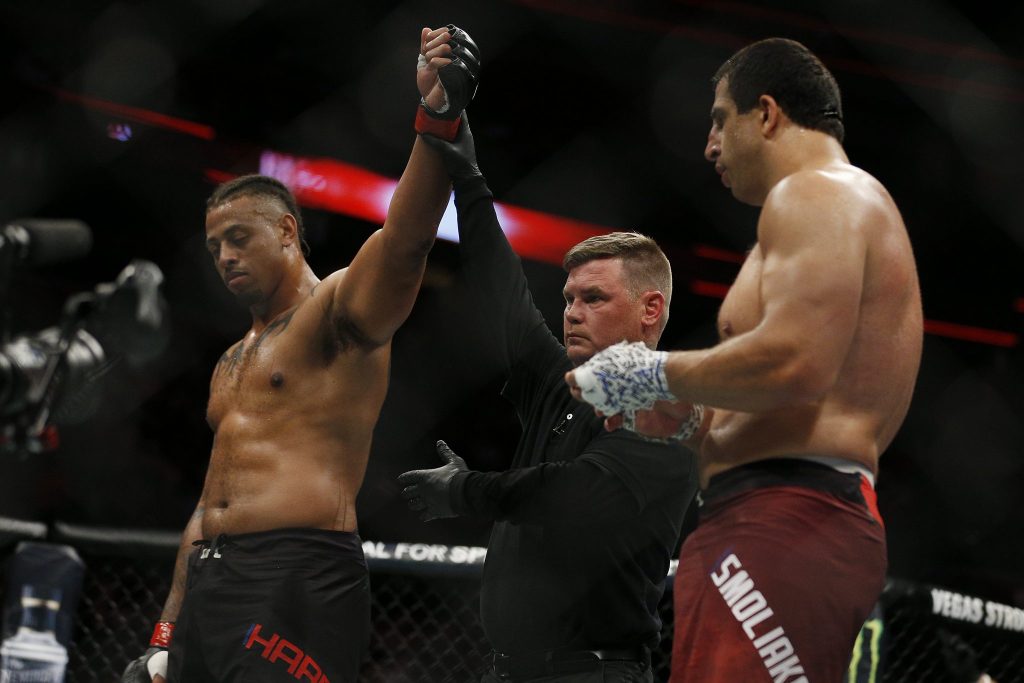 END_OF_DOCUMENT_TOKEN_TO_BE_REPLACED

"You guys know, I’ve been doing this for 20 years, we don’t do set-up fights for anybody. And if I was a fan and probably some of the media, the way some of the media acts, I would think that was—I don’t know who the fuck that guy beat in nine fights, but I’d like to see the nine guys he beat. That was weird."

Hardy improved to 4-1 as a pro with Saturday's win and while the UFC seems determined to boost his profile, Hardy remains an unpopular figure among fans due to his history of domestic violence charges.

END_OF_DOCUMENT_TOKEN_TO_BE_REPLACED

And while White had few positive things to say about his opponent, Hardy was praised for getting the job done.

"Not to take anything away from Hardy," White said. "Hardy came in in great shape, Hardy doesn’t make fights, me and my guys do, and Hardy came in and better shape and he did what he had to do. He treated that guy like he was supposed to."