Conor McGregor looks set to be able to resume his UFC career in the United States as soon as the promotion can book him into his next fight. 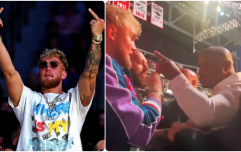 END_OF_DOCUMENT_TOKEN_TO_BE_REPLACED

The Dubliner has not fought in the UFC since he became featherweight and lightweight champion - the 'Champ Champ' - back in November 2016, when he defeated Eddie Alvarez at Madison Square Garden.

In the interim, he welcomed his son, Conor Jr., to the world, boxed Floyd Mayweather Jr., helped promote a movie about his MMA journey, and had a few disciplinary scrapes.

Last month, McGregor appeared at the Brooklyn C.C following on from charges laid down in relation to the attack on a bus carrying UFC fighters and employees at the Barclays Center loading bay, in April.

He made a brief statement to the media members waiting outside soon after his 60-second appearance in the court, commenting:

"I regret my actions that led to today. I understand the seriousness of this matter and I am hopeful that this will get worked out."

His legal team informed the court that they planned to negotiate a plea deal and all involved [including McGregor's Straight Blast Gym stable-mate Cian Cowley] were ordered to return on July 26.

McGregor has since enjoyed his 30th birthday, attended the Longitude Festival in Dublin, was a special guest of Russian President Vladimir Putin at the World Cup final and his partner Dee Devlin announced she was pregnant with their second child. He has also been hard at it in the SBG gym and taking dips in the Irish Sea.

McGregor will once again travel to the USA, this week, to make a court appearance and, according to the well-connected TMZ, the mooted plea deal should make him available for a speedy UFC return. The site reports:

"McGregor was charged with one count of felony criminal mischief and 3 counts of misdemeanor assault.

"Sources familiar with the deal tell us, prosecutors have agreed to reduce the felony to a misdemeanor. That's hugely significant because a felony involving violence could trigger permanent deportation from the U.S."

The most stringent of all sentences that McGregor could have been struck with would have been a seven-year jail term but that was always the far end of the scale. He could yet face lawsuits from some of those that were on the bus that was attacked at the Barclays Center in April but he is set to clear a big legal hurdle on Thursday. 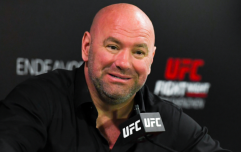 END_OF_DOCUMENT_TOKEN_TO_BE_REPLACED

The UFC may also impose their own sanctions on the 30-year-old but president Dana White may argue that McGregor was effectively benched while this legal matter was being dealt with.

We should know more once 'The Notorious' faces the court again later this week.