Who doesn't love a bargain?

Thanks to Hot UK Deals, shoppers can save a whole lot of cash at Argos right now by taking advantage of a sneaky discount combo. 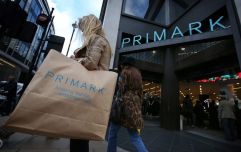 Primark is 'set to trial' online shopping for the first time

END_OF_DOCUMENT_TOKEN_TO_BE_REPLACED

Currently Argos are running a 2 for £15 offer on Home items - mugs, towels, pillows, you know the kind of thing. That's a pretty decent offer, but if you combine it with the offer code HOME25 you'll get an extra 25% off if you spend over £25 - an even bigger discount.

The beauty of this trick, according to the person who spotted it, Hot UK Deals user Chanchi32, is that it takes the 25% off the original prices of the items, rather than the combined price of £15.

Check out some of the savings that other Hot UK Deals users made. There really are some bargains to be had.

This sneaky combo probably won't last forever, so get it while it's hot!

popular
Landlord faces £40k fine after tenant puts swimming pool on roof of flats
James May 'hospitalised after crashing into wall at 75mph filming new show'
Robin Williams' wife shares reason why he killed himself
Lisa Kudrow hits back at fans complaining about lack of diversity in Friends
Furious Reading and Leeds ticketholders demand refunds as band replaces Rage Against The Machine
Ex-teacher who got pregnant by former student plans to film birth so it can be taught in schools
The JOE Friday Pub Quiz: Week 307
You may also like
News
Aldi named worst supermarket for online order substitutions
Life
Shock news of the day: Buying one of every item on Amazon is excruciatingly expensive
Life
TikTok investigating Andrew Tate after users demand he’s removed from platform
Life
Brit boy, 8, attacked by sharks while on holiday in the Bahamas
Life
TikTok star left 'ugly crying' in car park after haircut goes terribly wrong
Next Page