Yemen fishermen find fortune worth $1.5m in belly of a whale

They discovered a substantial amount of Ambergris

A trip to the beach in the UK often means battling other sunbathers for space, consuming your body weight in ice cream, and returning home red and sore. But one thing you never reasonably expect to find is a whale, let alone one with $1.5m stashed in its stomach. Imagine the surprise of fishermen when they found just that in Yemen.

Yemen is a country torn apart from civil war, famine, and complications imposed by foreign powers. The UN reports that 80 per cent of its population is vulnerable to hunger, with fishing their leading food and income source. 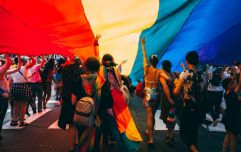 Dog abandoned at animal shelter because owners thought he was gay

END_OF_DOCUMENT_TOKEN_TO_BE_REPLACED

Fishermen in Yemen were told of a Sperm whale carcass floating offshore in the Gulf of Arden. Upon closer inspection onshore, they discovered a substantial amount of Ambergris.

Ambergris is a solid waxy substance formed in the intestine of Sperm Whales. It is believed that Sperm Whales produce the substance to aid in the digestion of potentially problematic materials like the beaks of Giant Squid. Throughout history, Ambergris has been used for medicine, food, incense, and even aphrodisiacs.

Photo by Francesco Ungaro from Pexels 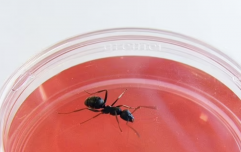 END_OF_DOCUMENT_TOKEN_TO_BE_REPLACED

In 2021, this natural excretion is used to manufacture perfumes as it helps preserve the scent. Though Sperm Whales are a protected species throughout most of the world due to their categorisation as 'vulnerable', other countries believe it to be a waste product that can be used for a productive purpose.

"The smell wasn't very nice...but lots of money," gleams one very proud fisherman. "When we found the ambergris, I felt so happy," smiles another. 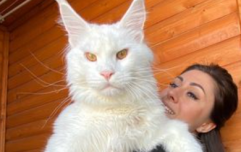 END_OF_DOCUMENT_TOKEN_TO_BE_REPLACED

The money was split evenly between the thirty-five fisherman, many of which bought houses, cars, and boats. But what is most remarkable about this story is their genuine kindness and compassion.

Understanding the struggles that their community continues to endure, the fisherman gave money to families in need. Even for men desperate for better lives, they still understood the need to give back to their community.

"Wonderful feelings I can't describe," explains a fisherman to the BBC. Though the wonderous find has undoubtedly earned them some respite, the fishermen are all keen to get back out and continue to work.

popular
Multiple fatalities after planes collide mid-air over airport
Former Playboy Bunnies detail what it was like having unprotected orgies with Hugh Hefner
Gerard Butler breaks silence after death of 'brother in arms' Darius Danesh
UK city named the 'most dangerous' in Europe, according to study
Incredible case of the only known individual whose parents were two different species
Mum cuts off boyfriend's 'private parts' after he 'tried to rape 14-year-old daughter'
Man gets full sized Stella tattoo on his head because he loves the drink that much
You may also like
Social Media
Fisherman fights shark as he tries to get his finger back- 'I lost my goddamn pinky'
News
Researchers want to give grey squirrels contraception to stop overpopulation
News
Elephant tramples woman to death then turns up at funeral and attacks her corpse
News
Johnny Depp threatened to microwave Amber Heard's dog, court hears
Science
Here's how often you should feed your dog - the results even surprised scientists
Next Page