Witchcraft is growing amongst young people

No one could have predicted that witchcraft would be the next big thing on Instagram. In this mad world of Facebook stealing your data, robots taking your job, and Boris Johnson as prime minister, young people are apparently fascinated by rituals, Tarot card reading and astrology. 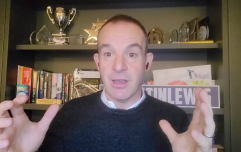 END_OF_DOCUMENT_TOKEN_TO_BE_REPLACED

"The internet has made witchcraft and Wicca a lot more accessible for young people... it's like veganism"

JOE met with Dee Johnson, a professional witch, to find out more about this phenomenon. She has been practising witchcraft since she was a teenager. Even the teachers at school used to go to her for help. Now, it's her full-time job.

Dee casts bespoke spells for £120 each. Note: she doesn't offer curses. Instead, go to Dee for a good luck spell for your new job, or protection and prosperity spells. She also offers crystals, pendulums and Reiki healing.

"I guess I've always had magic in me," says Dee.

"The internet has made Witchcraft and Wicca a lot more accessible for young people... it's like veganism".

Dee finds the image of the witch as a single woman on the edge of the village with a black cat and pointy hat extremely outdated. Dee herself lives in a beautiful gated community in the countryside near St Albans, where she shares a herb garden with her neighbours. She doesn't ride a broom, but she does drive a Land Rover. 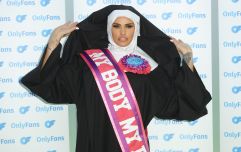 END_OF_DOCUMENT_TOKEN_TO_BE_REPLACED

Here, she reads my Tarot cards and I discover I have spiritual energy I never knew I possessed. She also casts me a spell for good luck, which she writes herself, of course. We also talk about why witchcraft is the newest trend.