When a teetotal Muslim asked the internet what Guinness tastes like

A pint of Guinness. There's nothing quite like it. Or so I'm told.

As a practicing Muslim, I've never tried it myself. But I've spent many an evening watching pals neck the stuff in various public houses as I nurse a glass of orange juice.

END_OF_DOCUMENT_TOKEN_TO_BE_REPLACED

Now I've never been tempted to sup on the dark nectar myself, but have always been somewhat intrigued as to what it is about the cloudy concoction that beguiles so many around the world.

From various inquisitive probings, I do know that it's an acquired preference, but what exactly does it taste of? Is it even possible to say? Is explaining Guinness to a teetotal Muslim like describing a rainbow to a blind man?

Well I asked the internet, and the replies are pure poetry...

Take the best glass of water you've ever had and times it by a million. - @DaveThame

Burnt coffee husks boiled and mixed in with a tad of tar and beer. - SwissLaRoca 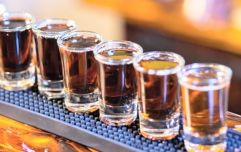 END_OF_DOCUMENT_TOKEN_TO_BE_REPLACED

It tastes like a kiss on the lips of a handsome stranger. - @MatthewStanger

Like mother's milk. If your mother were a mild alcoholic. - @ShanoMufc

If you liquify a loaf of rye bread, you're basically there. - @nevillem

A slight coffee-ish taste, at least it does to me. - @kyliewilson 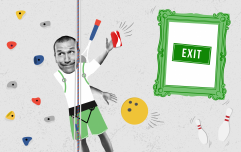 END_OF_DOCUMENT_TOKEN_TO_BE_REPLACED

Metallic coffee. With the calorie count of a steak. - @HardyM

Lick a wet lamppost and then get indigestion. - @Sam_Prest

When someone smacks you in the mouth and you get that metallic bloody type taste. - @EddyRhead