Crocodiles apparently have absolutely no time for romantic late-night dips.

Legitimately NOPE CCTV footage has emerged of a couple getting the fright of their lives when a crocodile interrupts their swim.

The pair were staying in an unnamed hotel in Kariba, Zimbabwe, and were making the most of the on-site pool when the stealthy reptile lunged from the shadows and slid into the water to join them. 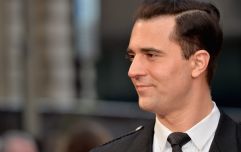 END_OF_DOCUMENT_TOKEN_TO_BE_REPLACED

After spotting the uninvited guest the man in the clip scrambles his way out of the pool in a heartbeat, but his girlfriend isn't so lucky.

The croc chases her to the other side of the pool, and despite her thrashing it seems to bite her hand before she's able to climb out. 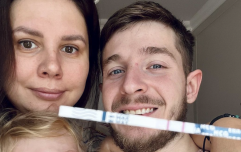 END_OF_DOCUMENT_TOKEN_TO_BE_REPLACED

By this point the man has come to her rescue (sort of) and does his best to shoo the animal away. The distraction works for long enough to allow her to escape, and she understandably legs it up a nearby staircase.

It's not clear as to how bad her injuries were, or how the crocodile got into the premises, but hopefully it was simply released back into the wild without too much hassle.

The video, which was uploaded to YouTube by Zimbo88, has now been viewed nearly 100,000 times, and has likely put a lot of people off swimming for a while.