The 11 unbreakable rules of making a cup of tea 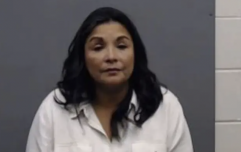 Boss admits to spiking her employees' drinks with colon cleanser

END_OF_DOCUMENT_TOKEN_TO_BE_REPLACED

You've probably heard some ancient bullshit about 'polite society' and how the milk went in first to stop the bone china from shattering. Ask yourself: does this look like a polite fucking society to you?

The milk goes in last, always last. Why? So you can accurately judge how much you need to add. It's that simple. If you're slugging it in first, you're flying blind, cowboy. Unless you've got some kind of measuring system, there's no way of you knowing how that cup of tea is going to turn out.

You're a maverick, and there's no place for mavericks at the tea table.

2. Teabag must remain in for at least two minutes and no more than five 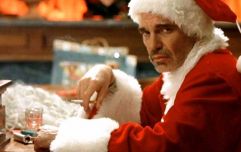 END_OF_DOCUMENT_TOKEN_TO_BE_REPLACED

Brew time is crucial, perhaps the most crucial element of the tea-making process. Stew for too long and you've got a thick mug of tar to contend with; stew too fleetingly and you've essentially got a hot cup of water and milk. There's a very generous 180 second window between the second and fifth minutes in which to find your optimum brew time, and yet.

Some people claim to prefer making their tea by briefly introducing the teabag to the water, then taking it out again. Those people are free to enjoy their drink, but to call it tea is wrong, so wrong it verges on treason. This is counterfeit tea. Those leaving their teabags to stew for longer than five minutes are perhaps confusing a 'strong cup of tea' with an 'undrinkable cup of bitter black death', but at least it's definably tea.

You might think that you're getting extra bang for your buck when you squeeze the teabag, but what you're actually doing is RUINING YOUR CUP OF TEA.

Tea contains tannins, chemicals found in certain plant materials that have a bitter taste and a 'dry' mouthfeel (dry in the way that a wine is dry, which is also thanks to tannins). When you squeeze the bag, you're squeezing more of the bitterness and dryness into your cup, which is b.a.d.

4. Take the teabag out before drinking it

Drinking a cup of tea should be a smooth, unconstrained, unfettered experience. Sucking tea through a bag is none of those things, and the feeling of it bopping into your lips every time you take a swig - it's just downright undignified, and a little creepy, to be honest.

The longer the bag stays in the cup, the stronger the tea gets, but as we noted in point two, there comes a time when tea ceases to be tea and becomes hot bitterness. If the bag's still in the mug, you're still making the tea. Take the bag out, then drink the tea once you've finished making it, please. It's unnerving the rest of us.

5. Put the bag in the fucking bin

Are you listening, you dickhead? Don't be the git that leaves their teabag next to the sink to fester and rot until someone else has to throw it away. Tea is a noble drink and deserves better than your slovenly ways. Until you can take responsibility for your own garbage, you don't get tea.

People who dump the teabag on a plate to stop the bag dripping everywhere, we see your point, but there comes a time when you have to throw that shit out. A mountain of decaying teabags is a bad look, even for a mess like you.

6. Tea should not be grey

Come on. Could you serve that to a friend without collapsing under the weight of shame? Could you drink that and feel anything other than emptiness? Tea should be warm and inviting, wholesome and full of promise, not the liquid incarnation of death-by-old-age.

No good can ever come from a grey cup of tea. It's a flavourless disgrace, as bleak as the prospects of those who drink it. May the Lord have mercy on the souls of those who consider this tea, for I fear it may be too late for them.

It's an incontrovertible truth that tea made in a pot is better than tea made in a mug. There are many theories as to why (a teapot builds up more of a 'flavour' over time, you can put more than one bag in a teapot, the enclosure helps the brewing process) but for whatever reason, tea from a pot is just streets ahead of the mug alternative.

If you can make a pot of tea, you should always make a pot of tea. Obviously we're not condoning waste - don't make more tea than you're prepared to drink - but if you're doing a round, reach for the pot. If you don't have a pot, hop to the shop.

8. If you’ve made a cup, drink the bastard

A cup of tea is to be loved, to be cherished, to be drunk. Every time a cup of tea goes forgotten, another part of the nation's beating heart withers and dies. You could put in the microwave, but you know it's too late. The damage is done. The tea is dead and you killed it. You killed tea.

9. It's English Breakfast or nothing

When a parched friend asks for a cuppa and you serve them a hot cup of old woman's perfume, only then to reveal that Earl Grey was all you had, you have shamed yourself and your country. And who runs out of English Breakfast tea, anyway? People who hate Britain, that's who.

10. If someone makes you a cup, don’t complain about it

How you take your tea is a matter of personal preference - providing you adhere to the very strict and punishable-by-death rules stated here - but you never complain about a cup of tea that someone else has made for you. It's rude, it's ungrateful and flies in the face of that most British of values: grin and bear it.

There's only one appropriate reaction to a cup of tea, and thats "Ooh, lovely." That cup of tea may taste like it's been made with boiled piss, but you never say, "Linda, I don't mean to be rude, but this tea tastes like boiled piss." You say, "Ooh, lovely." You drink that boiled piss and you do it with a smile on your face, because you don't complain about someone else's tea.

There's never a bad time for a cup of tea. Morning, tea. Mid-morning, tea. Lunch, tea. Afternoon, tea. Home from work, tea. After the pub, tea. Off to bed, tea. Everyone who likes tea likes tea all the time, so if you fancy a tea, chances are they do to.

The thing about tea is that it's more than a drink. It's a common language, a wordless expression of solidarity and basic human empathy. Your worst enemy would make you a cup of tea, because some things are bigger than the petty squabbles of men. Not everyone likes tea, but everyone deserves a cup.

popular
Tourist dies after losing arm and leg in shark attack at popular resort
Adele fans have 'mad respect' for her after she stopped her Hyde Park gig to help someone in distress
Tottenham fans will love Richarlison's Arsenal Instagram message after transfer
Jordan Peterson suspended from Twitter over Elliot Page comment - says he won't apologise
The JOE Friday Pub Quiz: Week 301
Threesome sees 60-person brawl break out on cruise ship, says passenger
Liam Gallagher is getting rinsed for endorsing Clarks but the collaboration makes perfect sense
You may also like
News
Pints are about to get even more expensive due to increasing production costs
News
New Nando's drink rule will disrupt fan favourite hack and annoy everyone
Fitness & Health
How Not Drinking For 28 Days Changes Your Body
News
Guinness launches first-ever home draught tap just in time for Christmas
Sport
Fans loved seeing Jordan Pickford living his best life after Euro 2020 heroics
Next Page