If you liked the film Groundhog Day or just about any TV series with enough seasons to run out of original content, then you might be able to empathise with the two-thirds of Brits who struggle to tell the days apart.

END_OF_DOCUMENT_TOKEN_TO_BE_REPLACED

Millions of adults live such repetitive lives that a staggering 63 per cent have to check what day it is, with 51 per cent sighting that as the very reason why they needed to, a study found.

Lottoland.co.uk and Cash4Life draw found that a third of the 2,000 people they quizzed felt like they operate on autopilot when doing something eerily familiar.

If you can relate to a Zombie from the Walking Dead, then you might be one of the two out of ten that believe they just drift through life without much thought regarding what they are actively doing.

But perhaps this could partly be due to the pandemic, as 81 per cent of participants feel like their days have become more repetitive over the last 18 months. The most hated days of the week are obviously weekdays, which could be down to the work, home, sleep schedule.

END_OF_DOCUMENT_TOKEN_TO_BE_REPLACED

Good weather, being on holiday, and not having to work were among the facets required for a so-called 'perfect day' that 54 per cent of people would not mind reliving with each stroke of midnight.

"It's easy to feel stuck in the cycle of life, especially when the same things need doing each day," said a spokeswoman from Lottoland.co.uk.

"But it's interesting to see how many people would actually be happy to experience the exact same 24 hours over and over if it was their best day - it seems variety is not always the spice of life!"

The most repetitive tasks will probably not surprise many, as eating, showering, and dressing seem to be the tasks where we Brits flip on autopilot. 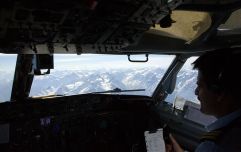 END_OF_DOCUMENT_TOKEN_TO_BE_REPLACED

But here's where things get particularly interesting.

One in six people have the same breakfast every day, which is all well and good if you have poached eggs, avocado, and bacon, but I doubt anyone can eat Coco Pops every day without running into health issues.

But that isn't to say routine is a bad thing, as lets be honest, without that alarm, none of us would have jobs.

Surprisingly, the younger generation (18-24) enjoy routine the most, which doesn't really support the idea that most young people are lazy.

Though the older generations may not like routine as much, 50 per cent said they fear change, and a third said they are in a comfortable rut.

Though routine clearly helps in some respects, like getting to work on time, 28 per cent of people surveyed said they can't remember the last time they did something spontaneously. That isn't to say people don't want to be a little more 'go with the flow', as 54 per cent wish they just did what they wanted to do.

If this study proves anything, it's that we Brits are creatures of habit who enjoy routine. But, it also shows that we want more - we just have to start going out and getting it.