Sorry guys, but there's a huge downside to being single

A new poll has found that being single is expensive business. Nearly six grand expensive. 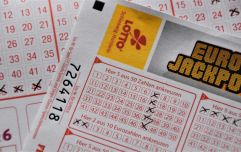 END_OF_DOCUMENT_TOKEN_TO_BE_REPLACED

The folk at VoucherCodesPro asked 2,000 people aged 18-30 and worked out that the average single Londoner spends £5,772 more a year if they're single compared to if they're in a relationship.

Apparently while your shacked up friends are splitting dinner bills and making the most of 2-for-1 deals to the cinema and quiet weekends spooning, the single Londoner is splashing the cash on eating out, takeaways and nights on the town.

Apparently all those nights out partying buying drinks instead of staying home for Netflix and chill means a single person spends on average £45 a week on drinks compared to the £17 spent if you're in a relationship.

Basically, being single makes you more likely to Treat Yo Self.

Which we throughly endorse. If you can afford it, why the heck not spend a little money on your single self?

What's the downside? Other than those awkward conversations with family about when you're planning to get married. But then you'll be wearing better clothes with all the money you've spent on yourself, so it all balances out.