Toys R Us to go into administration next week with over 3,000 jobs at risk

Toys R Us is a very special place. It's where I picked up my first Gameboy and therefore where my life changed forever. 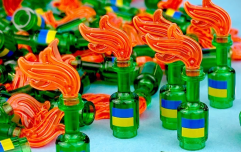 END_OF_DOCUMENT_TOKEN_TO_BE_REPLACED

We've all spent hours as a kid roaming up and down the aisles and violently tugging on the sleeves of our parents, reminding them that we had, in fact, been very well behaved recently. Would they cave?

Sometimes. But it didn't really matter, the enjoyment was in the pure spectacle of the occasion itself; RC cars bigger than your own head, LEGO boxes shelved up as high as Everest and colour, sheer unadulterated colour,  overwhelming to the point of  distraction from the toys themselves.

It didn't matter if you bought anything, it was fun just being there.

In heartbreaking news, however, the retail giant is set to move into administration next week due to a £15million VAT bill and almost 3,200 jobs are in danger. The UK branch is frantically trying to find a buyer as it has effectively no hope of paying the bill by the deadline on Tuesday. 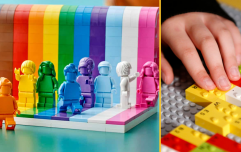 END_OF_DOCUMENT_TOKEN_TO_BE_REPLACED

Reportedly, Toys R Us have already lined up administrators to oversea the process with Moorfields, the recovery specialist who oversaw a similar procedure with now-defunct video chain Blockbuster, said to be on standby.

There were murmurings of a potential buyer, including rivals The Entertainer and Hilco Capital, who acquired HMV in 2013, but there appears to be little hope of any deal taking place with only three days remaining. It is rumoured that £120million is required, and potential buyers have been put off by the complexity of a potential deal.

Toys R Us has been part of British high streets since 1985, but has lost money each of the last seven years whilst the US parent company filed for bankruptcy in December.

Get out your Gameboys and pay your respects the right way, please.

popular
Johnny Depp reacts after Amber Heard’s lawyer impersonates his voice in court
Patrick Vieira addresses concerns over Kouyate's controversial Instagram post in support of Idrissa Gueye
Detective spots key clues in Johnny Depp and Amber Heard's body language during trial
Nottingham Forest could play behind closed doors following Billy Sharp attack
Amber Heard denies assaulting ex-girlfriend in tense exchange with Johnny Depp's lawyer
Court shown private elevator moment between Amber Heard and James Franco
'Blood rain' and lightning is set to sweep across the UK this week
You may also like
News
Lego to remove gender bias from its toys after child survey
News
Christmas toys set to be more expensive this year as stock levels drop
News
Hasbro announces that Mr Potato Head is now gender neutral
News
Anti-LEGO slippers are here to save your feet from further torture
Life
Know anyone with a few Polly Pockets in the attic? They might be worth a fortune
Next Page