He provided a nightmarish vision of the future and said one city in particular would be destroyed.

A man who says he is a 'time traveller' from the year 5,000 has shown what he believes is the city of Los Angeles, completely submerged underwater. 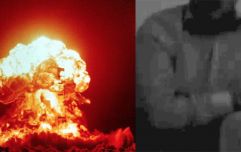 END_OF_DOCUMENT_TOKEN_TO_BE_REPLACED

You know, like the Busted song. It remains unconfirmed whether your Great-Great-Great Granddaughter is pretty fine.

The man, known only by the name of Edward, was interviewed in a park he says is in Armenia (it isn't) where he told the camera about his experiences working in a "top secret laboratory" before being sent to the future to "take photographs".

He has one photograph.

He claims it is the city of Los Angeles and that everything in the future is made out of wood, including 'buildings, houses and vehicles'.

Vehicles made out of wood? Really? You mean boats?

That's right, 3000 years into the future wood will somehow become the predominant building material, very much as though you had gone back in time rather than forward.

Edward states that humans are eventually forced to live on a wooden platform above the water due to the ice caps melting after global warming. 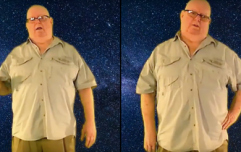 END_OF_DOCUMENT_TOKEN_TO_BE_REPLACED

Whilst he doesn't detail how humans magically construct a gigantic pier to live on whilst all doggy paddling, he does describe a huge spike in mortality rate due to the Biblical flooding.

Not because of everyone drowning, because cities are now underwater, but because people are killing each other for "pieces of bread" or a "litre bottle of clear water".

Apparently these are the two most precious items for life in this post-apocalyptic water-y nightmare. 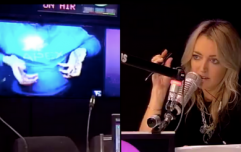 END_OF_DOCUMENT_TOKEN_TO_BE_REPLACED

Edward hilariously details the story of his adventures in the future which include a 998 year old man named Zach, who tells him that almost half the population of Earth fly off to another planet in 4028, leaving everyone else to die because - as Edward points out - you can't just drink the water from the oceans.

He then showcases the pièce de résistance, the indisputable evidence of what looks like a very poorly photoshopped image that doesn't seem consistent in either angle, light, colour and scale.

You can watch the small boy dressed in a blazer two sizes too big for him tell you his searing visions of time travel below.

Or, for a more realistic account of the future, you can just watch the music video for 'Year 3000'. The choice is yours.