'Time traveller' claims he took this photo in the year 6000

A man claiming to be a time traveller from the year 6000 has offered a chilling vision of the future. Obviously. 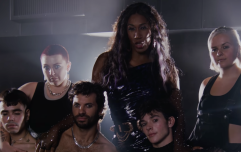 END_OF_DOCUMENT_TOKEN_TO_BE_REPLACED

He was featured in a video by the Youtube channel ApexTV, a channel that deals in 'paranormal and mysterious videos'.

In the footage the man's face is blurred, although if you buy what he has to say then you can probably understand why.

The good news is he reckons the world isn’t going to be destroyed in a nuclear war any time soon. 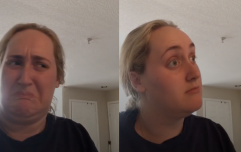 END_OF_DOCUMENT_TOKEN_TO_BE_REPLACED

The bad news is that instead the human race will apparently soon be led by an artificially intelligent force he refers to as 'they'.

He says: “They don’t want me telling you this. They’re especially not going to like what I’m about to show you.

“Now I cannot say which city, because it would lead to too much influential change on the future, but I can show you the photograph.” 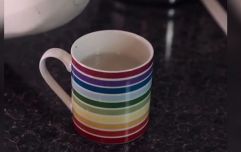 In defence of 'the worst video in the world'

END_OF_DOCUMENT_TOKEN_TO_BE_REPLACED

He follows up this totally mad spiel by pulling out a blurred photo of a city, he then adds: “This is a photograph from the year 6,000.

“You may notice that the picture is distorted, that’s due to the time-travel process.

“Some people actually have parts of their bodies distorted because of the process.”

Looking on the bright side, it's as good a reason as any to live your life to the fullest in the meantime.

popular
Brit on holiday beaten with a brick by gang before being thrown in the sea unconscious
Dad who ran off with Ukrainian refugee says couple are doing 'brilliantly' - but he can't see his kids
The longest walkable distance on Earth which no one is known to have completed
Blood-Smeared toddler now orphan after Highland Park shooting
British schoolboy breaks internet after attending prom in sequined tuxedo ballgown
Men with ‘very large penises’ wanted for new documentary
Premier League player arrested on suspicion of rape facing two more allegations
You may also like
Travel
Swimmers turn on shark and attack it with mop as it approaches beach
Social Media
Copenhagen: Chilling video shows shopping mall gunman who killed three in random attack
News
Woman becomes attracted to a fence and has physical relationship with it
Sport
Dog interrupts international football match - insists on belly rubs
News
Doctor reveals why couples should always sleep in separate beds
Next Page