Try to remain calm, but you've been cutting pizza wrong your whole life.

Sure the triangular slices seem like the best way to get the most out of a circular pizza, but apparently it's completely and utterly wrong.

END_OF_DOCUMENT_TOKEN_TO_BE_REPLACED

According to New Scientist, Joel Haddley and Stephen Worsley of the University of Liverpool have expanded upon a technique known as monohedral disc tiling, which created 12 slices of identically-sized slices to cater for those who like crust with their pizza and those who don't.

Haddley and Worsley have taken it one step further, creating similar tilings from curved pieces with any odd number of sides - known as five-gons, seven-gons and so on - and then splitting them in half, as shown below.

Haddley says that "mathematically there is no limit whatsoever", which is the greatest sentence anyone has ever said about pizza...but you'd probably run out of pizza pretty quickly if you tried it beyond 9-gon pieces.

The extent of Haddley’s and Worsley’s experimentation is evident in the diagram below and most importantly, you can see how it extends to an actual pizza.

Anyone else hungry all of a sudden? 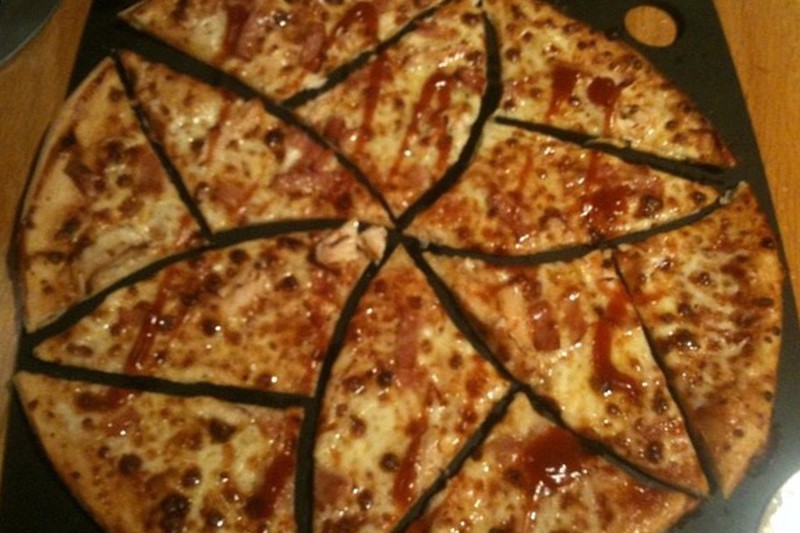 All pics via Joel Haddley and New Scientist

popular
Shocking CCTV shows moment rival gangs engage in fierce gun fight in broad daylight
Internet left confused after hearing Salt Bae's voice for the first time
Barmaid dies after telling friend she had been spiked in nightclub
Over 200 kilos of cocaine with Liverpool FC branding seized
A definitive ranking of every swear word from worst to best
The JOE Friday Pub Quiz: Week 271
Here's how to see who's been taking screenshots of your Instagram Stories
You may also like
News
Salt Bae’s washing up technique is more ridiculous than his prices
Food
You can now get paid to eat Greggs' vegan festive bake
News
Salt Bae sued for $1m by former employees
Politics
UN gives Musk everything he asked for to donate $6B to end world hunger
Entertainment
‘Gordon, Gino And Fred’ to come to an end after this season
Next Page