Never let it be said that ordinary people can't make a difference.

In fact, it's ordinary people are often the only ones who can make a difference, as this story will show. 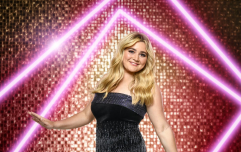 END_OF_DOCUMENT_TOKEN_TO_BE_REPLACED

Back in October, LBC presenter James O'Brien took a call from a listener who wanted to travel to visit his daughter who tried to take her own life, but couldn't afford the £90 train fare from London to Chester to see her.

After listening to his heartbreaking story, James graciously offered to pay the listener's train fare up north. The kind act prompted several listeners to tweet their support and admiration for the gesture.

A small act of kindness as shown by @mrjamesob just now on @LBC can do a whole lot of good. 👍

Personally, @mrjamesob has been rising in my estimation throughout this year. Today he's achieved legend status. @LBC

A few weeks later, another listener wrote in to the show to tell O'Brien that, after hearing the show, he'd been inspired to do something similar, but what started out as a simple gesture took an unexpected and heartwarming turn.

Glen was walking through Hammersmith in London when he passed an older gentleman on the street.

"I caught sight of his feet, clad in old trainers, falling apart at the sides, letting the rain in. No laces, no tongue, no socks - completely miserable. On the spur of the moment I said to him, ‘Come with me’. ‘Where are we going?’ he asked. ‘To get you a new pair of shoes.’"

This in itself is a wonderful gesture, but when the two of them went into the nearest shoe shop, the staff "treated him like a king."

"They sat him down, they removed his old manky trainers, they measured his feet because he didn’t know what size he was, then the ladies and I picked out a pair of sturdy trainers for him, of which he approved. And then the magic started. £67 those trainers were, and the young lady who served me said she would apply a 50% staff discount to the purchase, which came directly from her staff allowance.

"She also said she would buy him some socks herself, which she did from her own money - a three-pack from her part-time wages. So that got us to new trainers and socks, and then another female staff member pitched in and found him a lovely hoody and packed him off to the fitting room to try it on, at which point another young lady found a long-sleeved t-shirt and threw that in as well, all paid for by them."

"When that man - whose name we never knew - came out of the fitting room, he was beaming, and the shop staff applauded."

END_OF_DOCUMENT_TOKEN_TO_BE_REPLACED

So what began as one man's spur-of-the-moment decision to help a fellow human being quickly became a communal effort to help an old man out. And as Glen noted, "I don’t know if I would have been so quick to step in if I hadn’t heard you on LBC the other day pay the rail fare from your own pocket for that man to travel to see his daughter."

It just goes to show you that kindness has a ripple effect: if you do one good thing, it inspires others to do good things too.

Watch the video of James reading out the listener's correspondence on LBC.