This man's story of fostering only terminally ill children is inspiring

They are the sickest of the sick caught up in the LA foster care system.

All of the children Mohamed Bzeek take in will die. He has buried 10 children - many of them died in his arms. 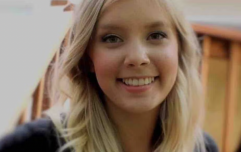 END_OF_DOCUMENT_TOKEN_TO_BE_REPLACED

This devout Libyan-born Muslim says he just wants them to know they are not alone in this life.

There are around 600 children in LA's Department of Children and Family services who are specifically taken care of by the Medical case management services - this department looks after the children with the most severe medical needs.

There is a serious shortage of foster parents in general - even less who would commit to caring for such sick children. 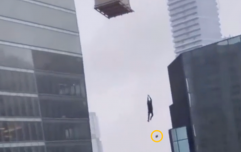 END_OF_DOCUMENT_TOKEN_TO_BE_REPLACED

The LA Times spent time with him at his home this week:

"By the mid-1990s, the Bzeeks decided to specifically care for terminally ill children who had do-not-resuscitate orders because no one else would take them in.

There was the boy with short-gut syndrome who was admitted to the hospital 167 times in his eight-year life. He could never eat solid food, but the Bzeeks would sit him at the dinner table, with his own empty plate and spoon, so he could sit with them as a family.

END_OF_DOCUMENT_TOKEN_TO_BE_REPLACED

There was the girl with the same brain condition as Bzeek’s current foster daughter, who lived for eight days after they brought her home. She was so tiny that when she died a doll maker made an outfit for her funeral. Bzeek carried her coffin in his hands like a shoe box.

“The key is, you have to love them like your own,” Bzeek said recently. “I know they are sick. I know they are going to die. I do my best as a human being and leave the rest to God.”

Please read the full article here - it is as uplifting as it is sad.