A man glued his eyes shut by accident after he used false nail glue instead of his eyedrops.

The quick-acting glue stuck his eyelids together and left him in agonising pain.

END_OF_DOCUMENT_TOKEN_TO_BE_REPLACED

The terrifying circumstances behind the case surfaces this week as part of 15,000 cases republished by the British Medical Journal.

When two hours had passed and his pain did not go away, he went to the hospital.

The 64-year-old man turned up at Oxford Eye hospital in 2010 with his eyelids stuck together and in extreme agony.

According to the case notes, he mistook a bottle of nail glue for his post-op eye drops. The eye drops had been prescribed to him following  intraocular surgery.

Once he realised what had happened, he tried to wash out his left eye with tap water. Doctors noted that things would've been far worse if he hadn't done this. 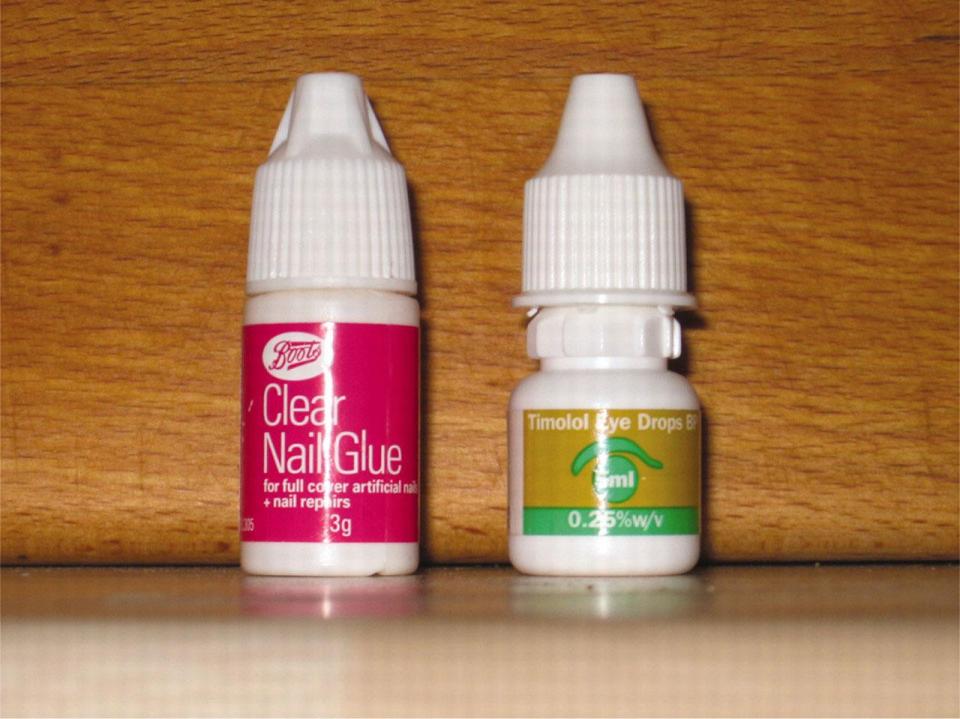 The glue ultimately had to be removed using fine forceps and a slit lamp for magnification.

END_OF_DOCUMENT_TOKEN_TO_BE_REPLACED

The product in question was a cyanoacrylate nail glue, which is similar to superglue. It was sold in a bottle that was nearly identical to the eye drops.

According to the 2010 case notes, there have been a number of similar incidents since it was first described in 1982

"Inadvertent ocular cyanoacrylate or ‘superglue’ instillation mistaken for intraocular eye drops has been reported in the literature on several occasions since it was first described in 1982.

"Although cyanoacrylate containing superglues were available since 1958, it was not until their widespread repackaging into dropper bottles resembling those of ophthalmic medical dispensers in the early 1980s that inadvertent ocular instillation of glues became a commercial consumer hazard.

"During the 1980s, the popularity of acrylic and artificial nails increased on a global scale and the use of ophthalmic style plastic dropper bottles for cyanoacrylate adhesives became a feature of the kits used to attach the acrylic material to the consumer’s native nail.

"Correspondingly, household do-it-yourself kits also utilised this new convenient form of superglue packaging, further contributing to its common presence in the home of the consumer over the last 30 years."

Photo from the British Medical Journal.