This is why people are freaking out over something called 'Balmain' today...

It's all over our timelines.

The word 'Balmain' has been trending worldwide today and has been all over our Facebook feeds too, so what's all the fuss about?

Balmain is a french clothing line famous for dressing people like Kim Kardashian and Kendall Jenner - and their high street collaboration with H&M went on sale today.

The reaction was remarkable.

2 things I couldn't care less about.
Websummit and balmain 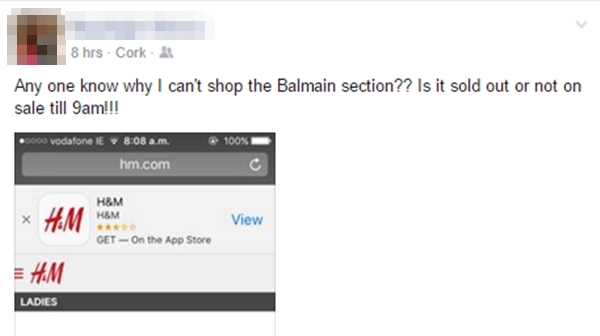 We're not ashamed to say it almost completely passed us by.