This is how to never lose your phone, keys or wallet again (Video)

Always losing your valuables? Fear not, it happens to the best of us.

But thankfully help is at hand in the form of neuroscientist
Daniel Levitin, who has devised a handy way of ensuring you never forget your phone, keys and wallet ever again.

END_OF_DOCUMENT_TOKEN_TO_BE_REPLACED

After locking himself out of the house in freezing
temperatures in Canada, Levitin decided he'd had enough of being forgetful, so came up with an effective method to counter his brain fades.

At a recent Ted Talk in London, Levitin told the audience (around the 4 minute mark in the video below) that the best way to remember things is to keep them in a designated place.

“This sounds like common sense, and it is," he says. "But there a lot of science to back this up based on the way our special memory works." 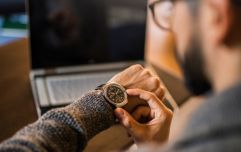 END_OF_DOCUMENT_TOKEN_TO_BE_REPLACED

According to Levitin, there is a special area of the brain known as the hippocampus, which has evolved over time to help humans remember vital information.

Apparently the hippocampus only works for things "that don't move around much" - which is why we always end up misplacing our phones, keys and so on.

So that's precisely why you need to find a bowl, shelf, jar or whatever in which to keep your valuables.

And as Levitin says: "If you’re scrupulous about it, your things will be there when you look for them."