Say goodbye to the sea...you'll never want to swim in it again.

If, like us, you're still trying to get over watching Jaws films as a child, then you might not want to see this.

A monstrous 6-metre tiger shark was reeled in by a fisherman off the coast of Seven Mile beach - one of Australia's most popular surfing spots. 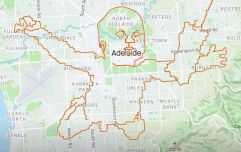 END_OF_DOCUMENT_TOKEN_TO_BE_REPLACED

He told the Northern Star he was trying to catch a 6ft hammerhead shark when this blade-toothed leviathan swam up and ate the creature.

A fisherman named only as 'Matthew' then hauled the gargantuan shark onto the boat.

It's safe to say we won't even be running a bath, never mind go near the sea again for a very long time.