There are many great things about being in a relationship but almost every couple will admit that ordering food can sometimes cause friction.

You either can't agree on the same thing or one person doesn't have a clue what they want and this can go round-and-round in circles for what seems like an age.

Those situations usually end in someone caving in saying "I don't care" or "I'll have whatever" and the pizza place below had a customer who had enough of his girlfriend's indecision.

Our crack seal team of expert photoshoppers created this to illustrate what the girl likely received. 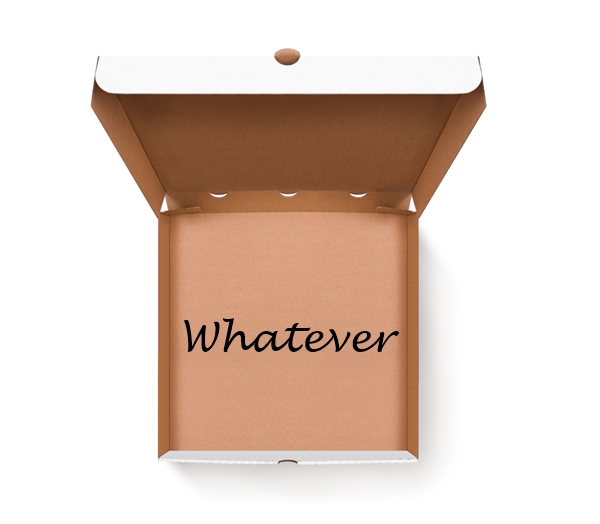 We imagine that left her both hungry AND angry, a dangerous combination.

popular
Shocking CCTV shows moment rival gangs engage in fierce gun fight in broad daylight
Rangnick to set Man United squad brutal 'training test' to improve their intensity
Boris Johnson announces raft of new measures as two cases of Omicron variant detected in UK
Secret Santa: The top 10 Christmas gifts for under a tenner
'It's England or die' - life inside the refugee camps in northern France
Paul Merson questions Manchester United decision to appoint Ralf Rangnick
The JOE Friday Pub Quiz: Week 271
You may also like
News
Salt Bae’s washing up technique is more ridiculous than his prices
Food
You can now get paid to eat Greggs' vegan festive bake
News
Salt Bae sued for $1m by former employees
Politics
UN gives Musk everything he asked for to donate $6B to end world hunger
Entertainment
‘Gordon, Gino And Fred’ to come to an end after this season
Next Page