21 toys that made being a kid almost bearable

If there's one thing that defines the childhood of any man, it's grossly overpriced, single-purpose pieces of plastic: toys. 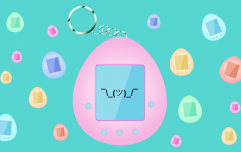 END_OF_DOCUMENT_TOKEN_TO_BE_REPLACED

Back when we were young and still had some imagination and/or enthusiasm for life, toys were our way out of boredom and into other worlds. Then when we inevitably broke them, they were our way into endless pits of utter despair.

Still, they gave us happy memories while they lasted.

Episode 1 was a six pack of wank, but Darth Maul and his double-ended lightsaber were the coolest things to come out of 1999.

It may have been a glorified can of silly string, but that didn't stop you nagging your parents for one.

Polly Pocket for the girls, Mighty Max for the lads. Isn't gendering brilliant? Your answer will determine which century you belong in.

There is literally nothing cooler than this. You could distill the pure essence of cool into a fresh new cologne and spray it all over Idris Elba, and it still wouldn't be as cool.

Snakeboard: it's a skateboard for people who don't want to learn how to skateboard.

Fun fact: no one actually knows how far you can stretch a Stretch Armstrong. An investigation was launched in 2001, but the two scientists responsible haven't been seen since.

If this wasn't top of your Christmas list for at least 10 consecutive years, what was wrong with you?

The original and best. Forget these new fangled three wheel dealies, this was the shit.

Rather than powerbombing your brother through the coffee table, your parents wisely decided to let you try it out on figurines of The Rock and Stone Cold instead.

The bane of every school teacher in the early '00s.

Then actual computers came along and basically ruined VTech.

Ignore the fact that you got bored with Beyblades after two battles, and instead convince yourself that you played with them for hours on end.

You've definitely thought about this game but couldn't remember the name of it. You are welcome.

There was always a kid at school who claimed they were some kind of regional K'nex champion. Oh, that was you? My apologies, Your Grace. We didn't realise we were in such illustrious company.

This was the only yo-yo that mattered. Your yo-yo might have had a brain, but did it have an x-brain? No, I can't explain the difference. No, you're ugly.

Sometimes the oldest forms of entertainment are the best. Pretending to kill each other will always be popular, no matter how many iPads you chuck at us.

There were two kinds of Scalextrics racers: the people who squeeze the trigger as hard as they can until the car falls off, and liars.

popular
Multiple fatalities after planes collide mid-air over airport
Andrew Tate banned from Instagram and Facebook
The JOE Friday Pub Quiz: Week 308
Incredible case of the only known individual whose parents were two different species
Court hears cringeworthy poems Ryan Giggs wrote to his ex
Former Playboy Bunnies detail what it was like having unprotected orgies with Hugh Hefner
Rishi Sunak names his usual Maccies order - but it was withdrawn more than 2 years ago
You may also like
Entertainment
Fast and Furious boss bringing 90s classic Goosebumps back to TV
Entertainment
Friends reunion premiere date announced, along with special guests
Entertainment
QUIZ: Identify 99 movies from the 90s by a single image
Quiz
QUIZ: Can you identify the 90s TV show from a single image?
Quiz
QUIZ: Can you remember the names of these minor TV characters from the 90s?
Next Page