A limited batch of flights has been released for later this year, with New York among the destinations.

If you missed out on the massive £4.99 European flight flash sale yesterday, don't worry because there's an even bigger deal today. 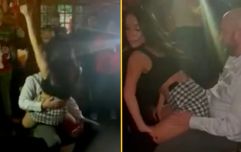 Cop who gave lap dance to lieutenant apologises to wife

END_OF_DOCUMENT_TOKEN_TO_BE_REPLACED

WOW air has released a limited time batch of flights from London and Edinburgh to the US for under £130, including tax.

The special offer is valid on selected flights between 17 January – 24 April 2018.

Sadly, this price does not include booking/baggage fees and is only applicable when booked as part of a return trip - but still it's a lot cheaper than usual. 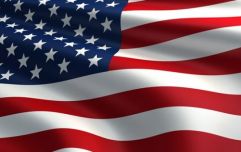 QUIZ: Can you name all 50 states of the United States of America?

END_OF_DOCUMENT_TOKEN_TO_BE_REPLACED

The budget airline is known for its cheap deals to the states. When flying with them, passengers are encouraged to bring their own food and drinks  - rather than enjoying free in-house hospitality - and to download films and TV shows onto an iPad or laptop to entertain themselves.

It you'd like to take a look at the deals, you can find them here.

popular
Man accidentally paid 286 times his salary resigns and disappears
Jordan Peterson suspended from Twitter over Elliot Page comment - says he won't apologise
The JOE Friday Pub Quiz: Week 301
Liam Gallagher is getting rinsed for endorsing Clarks but the collaboration makes perfect sense
Stranger Things: Spotify will choose which song would save you from Vecna
New rules coming into force today make it much easier to call in sick to work
Love Island's Gemma finally tells villa about dad Michael Owen
You may also like
News
Woman missing for over week in dense forest found sitting on tree singing 'Amazing Grace'
News
Teen shot dead by boyfriend after being mistaken for a panther in prank gone wrong
Sport
Why the US men's national team wore beer goggles during World Cup celebrations
Sport
USA celebrate World Cup qualification - despite not qualifying yet
News
Iran returns 820,000 vaccine doses as sixth covid wave hits because they were US-made
Next Page