Anyone who's mustered all of their peak hangover strength to crawl to the cupboard to fetch that unfinished bag of *insert favourite Netflix binge crisp brand*, only to take the first bite and realise they've gone stale, will know that it's a truly miserable experience.

It's also an annoyingly frequent one, but luckily the American Chemical Society have got your back. 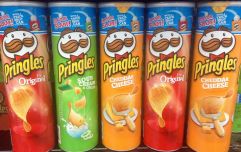 Woman jailed for 'criminal damage' to tube of Pringles

END_OF_DOCUMENT_TOKEN_TO_BE_REPLACED

As part of their 'Reactions' video series, the ACS explain the science behind the soggy crisp, and offer a stupidly simple trick that'll bring them back from the dead in no time.

They have plenty of handy tips on keeping bread fresh for as long as possible, too, but skip to around the 1:20 mark for the crisps.

Basically, moisture is the enemy. When a crisp is fried it totally dries it out, which is how you get the gloriously moreish crunchiness that makes you want to inhale huge bags in one sitting. 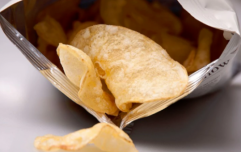 END_OF_DOCUMENT_TOKEN_TO_BE_REPLACED

The ACS explain that crisps contain a lot of hydrophilic starch molecules, which means they soak up moisture really easily, and they'll try and take that from the air whenever they can.

You might be wondering why crisps don't dry out in their air-filled packets, but there's a straight-forward answer to that as well. When the bags are inflated there's no moisture inside, and nitrogen gas is used to preserve the crispiness.

So how do you save your crisps from their own self-induced demise? Stick them in the microwave on a high heat for 30 seconds, and all the snack-wrecking water will disappear.

popular
Rihanna ‘gives birth to baby boy’ with boyfriend A$AP Rocky
Johnny Depp's lawyer Camille Vasquez responds to romance rumours
Phillip Schofield struggles to stay composed as guest reveals alien lover after getting sick of 'Earthmen'
Johnny Depp's attorney Camille Vasquez revealed to be dating Brit
Wagatha Christie: Rebekah Vardy storms out of court just 30 minutes into final day
'Wow, hats off to her! Sick remark from Bobbi Anne McLeod's killer after she survived 12 hammer blows
Mike Dean reveals why he 'sniffed' assistant referees' shirt before kick-off
You may also like
Food
UK's most-loved crisp flavours revealed and you all need to be stopped
Food
Guy finds Aldi version of Hula Hoops in branded multipack
Food
The definitive ranking of every British pub snack
Food
Iceland are selling Luxury Christmas Tree flavour crisps because you can never go too far
Food
QUIZ: We show you a packet of crisps, you have to name the flavour
Next Page