Teachers have been instructed to refrain from calling students 'pet', 'love' or 'buddy' as they reinforce gender stereotypes that can be harmful in later life. 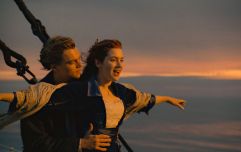 END_OF_DOCUMENT_TOKEN_TO_BE_REPLACED

Principal of Caledonia Primary School, Collette Wright, led a talk on equalities training at the recent Scottish Learning Festival where she hoped to shed light on the “unconscious bias and the impact of language”, reports The Times.

“It gave people time to reflect on how they used language and gendered names like ‘pet’, ‘love’ and ‘buddy’ and how these things can have an impact on how children feel about themselves,” she told the education conference.

Also speaking at the Scottish Learning Festival was Mhairi Brodie - an official dedicated to improving gender balance and inequality - who echoed Wright’s concerns while also taking a deeper-dive into the disparities of the education system.

She spoke on the perception of young boys being complicated and messy - and specifically about how that perception differs from the treatment of young girls.

She said: “From early in life, boys are treated differently, from midwives holding boys more firmly to being expected to be more competitive in nature, yet also expected to require more help with basic tasks like tying shoes.”

Contrastingly, Brodie said that girls are expected to do more, complete tasks and can take care of themselves better than boys can.

She continued to say that the one-size-fits-all approach to education ignores the fact that boys “mature at a slightly slower pace than girls”. END_OF_DOCUMENT_TOKEN_TO_BE_REPLACED

Brodie states that literacy is “perceived to be feminine”, with boys usually taught to read by their mothers and female teachers.

“The link between poor male literacy and poor male attainment cannot be ignored... and the key difference between boys and girls is boys have less ability to explain their feeling and emotions and as a result are more prone to anger and mental illness."

She goes on to connect crime and the education system's treatment of boys, saying that substance abuse makes up 83 per cent of school exclusions and 90 per cent of the UK’s prison population.

popular
I donated a kidney to my boyfriend – then he brutally dumped me
UK will 'stand shoulder to shoulder with Ukraine' but 'extremely unlikely' to send troops - Raab says
Clevedon Town score non-league goal of the season with ridiculous volley
New Highway Code rule will fine drivers £1,000 for opening door with wrong hand
Bookmaker received $420,000 worth of bets on controversial Arsenal yellow card
Fire breaks out at Molineux, causing 'significant damage' to Wolves stadium
Dermot O’Leary stunned by definition of ‘grassilingus’ sex term
You may also like
News
Man, 24, who married grandma-of-17 responds to age gap trolls
News
Gran, 82, and husband half her age say 'love conquers all' as he finally arrives in UK
Social Media
Woman sneakily uses mirror to catch her boyfriend looking at other women on Instagram
Entertainment
Married At First Sight contestant ‘ruins marriage’ instantly with comment to bridesmaid
Life
Woman who says she's 'having affair' with chimp is banned from visiting him by zoo
Next Page