Scottish man banned from flying for mistaking plane door for toilet at 30,000ft

A hapless Scot was fined 600 euros for trying to spend a penny - out of an airborne plane's door.

James Gray, from Alloa, was flying from Edinburgh to Amsterdam on a KLM flight when he was caught short. Except he somehow mistook the emergency exit for a loo and tried his best to open it. 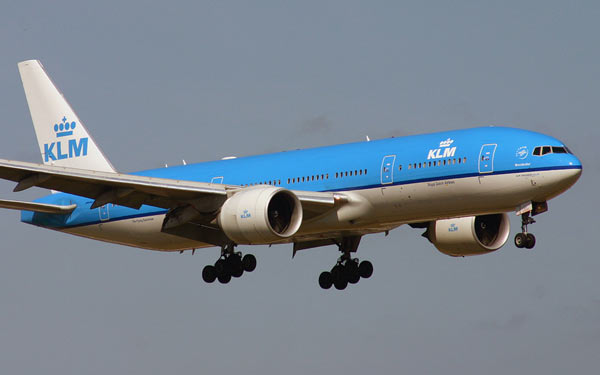 END_OF_DOCUMENT_TOKEN_TO_BE_REPLACED

"The crew told me to stay in my seat and I was to be arrested when the plane landed," he told the Telegraph. "I tried to explain it was a simple mistake.

"It was a misunderstanding. The police came and arrested me. They weren't too friendly."

Not only was the flying fool escorted away by police upon landing and banned from flying KLM for five years, but he was fined nearly all his holiday spends.

"I was charged and fined 600 euros," said Gray. "I only had 750 euros with me so I had to borrow money for the rest of the stay over there."

The Scot was philosophical about the error. "I realise the danger of that sort of thing," he admitted. No sh*t, Sherlock. In this case, literally.

popular
Man with world’s biggest penis says Oscar winner slid into his DMs
'Super recogniser' draws 'accurate' modern Maddie McCann to help police find her
Bride faints on groom, vomits and gets pooed on during ceremony
Mum in jail for murder pays tribute to son, 6, killed by his dad and new girlfriend
'I did three grams of coke during a game': Inside football's problem with Class A drugs
Bride considering putting unvaccinated guests on 'anti-vax' table at wedding
Chilling video shows moment step mum tried to get away with murdering boy, 6
You may also like
News
Nicola Sturgeon tells Scotland: 'Work from home if possible'
News
Six Omicron variant cases discovered in Scotland
Entertainment
Gogglebox on hunt for new family following complaints from viewers
News
BREAKING: Scotland hit by Earthquake overnight
News
Greta chants 'you can shove your climate crisis up your arse' at COP26 protest
Next Page