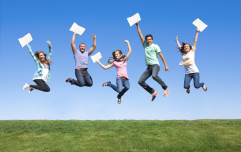 END_OF_DOCUMENT_TOKEN_TO_BE_REPLACED

Gareth, 44, got an A in Physics, an A in Maths and a B in Biology, which was enough to get him into the University of Bristol to study Engineering. Tragically, he never actually got to attend, because with just over a week to go before term started he went out to buy a poster of The Clash to put up in his new dorm room and accidentally reversed over the neighbour's dog.

Gareth tried to get over it, but every time he closed his eyes and thought about the concept of absolute motion all he could see was the sad look in Biscuit's eyes as he lay there motionless at the end of his driveway.

He has been temporarily living in his 23-year-old girlfriend's room in her 4-bed flatshare for the last two and a half years, but is moving out very soon to get a place of his own. He's only ever heard three songs by The Clash.

Bethany got two A*s and two As in her A-Levels, but it wasn't enough to stop her feeling deeply miserable about existence and unable to escape that thought that all life is meaningless and we're all going to die anyway. 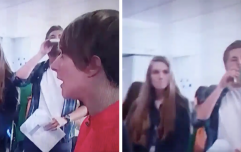 END_OF_DOCUMENT_TOKEN_TO_BE_REPLACED

She went to the University of Leeds and did excessive amount of ketamine, which helped a little bit, but still couldn't fill the deep, gaping void in her chest that was threatening to engulf her like one of those really big sinkholes you sometimes see on the news, but less awesome. Instead of becoming an environmental scientist she now works shifts behind the counter at Sports Direct.

Errol got four As at A-Level, but the biggest thing he has achieved in the past six months is having 13 wanks in the space of just 24 hours – smashing his personal best by three entire ejaculations. He is pictured here after wank nine, clutching his raw cock limply in his left palm, sullied tissues lying there solidifying on his chest. 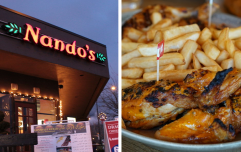 Nando's are giving away free chicken for A-Level students

END_OF_DOCUMENT_TOKEN_TO_BE_REPLACED

Errol's Politics degree from the University of Warwick was supposed to be the kickstarter for his high-flying career in the City, but in his third week of uni he got extremely hooked on slacklining, and his marks really suffered as a result. He was only just able to scrape a 2:2 and never found a full-time job, but still does occasional shifts at the pub he worked at when he was 16 if someone's off sick and the three other emergency back-ups can't be arsed.

Meera got As in Chemistry, Physics and History and then moved onto the University of Bath, where she made a name for herself after running an impassioned yet fruitless campaign to make the Student Union start serving only vegan food in just her second term.

She then ran for student president in her second year and was defeated by that one really loud guy you get at every single uni who is neither smart, nor funny, nor has any real talent whatsoever, but everyone seems to vote for in these things anyway because he made a giant cardboard cutout of his face and stuck it to the side of a bridge.

Undeterred, she ran again the year after, but lost narrowly to a bloke in a gorilla costume whose only policy was "free chips". Hating Bath Uni with a passion and yet somehow unable to leave, she applied for a Masters in Politics there but failed to make the grade, and now works in the uni canteen on the "carbohydrates" stand.

Vince got straight As in English Literature, History and Latin, and is now married to a woman he never really loved and has two kids whom he deeply resents. He blames them for stealing away the best years of his life which he had intended to spend travelling through south-east Asia writing poetry that would never be recognised in its time, but later go down as some "some of the greatest work to come out of the late 20th Century". He teaches English at the local middle school at which his wife is the headteacher.

Pete got As in Economics, Business Studies and Geography before attending the University of Manchester, where he graduated with a 2:1 in PPE, slept with exactly 22 women and kissed 131. He knows because he rated them all in a little brown book he keeps locked in the small top drawer of his desk.

After a series of underprepared yet confident and surprisingly competent interviews, and a psychometric test completed by his brother's best mate who's about to start his second year at Deloitte, he landed a marketing job at Ernst and Young, which he celebrated by spending £300 on Grey Goose in his shit small town nightclub and trying to force his best mate to have sex with a sex worker.

He was sacked from the job during training week after stripping naked and trying to chat up his line manager, and has since moved back in with his parents, who are still extremely proud of his achievements.

Alice got six As at A-Level and was one of a record-breaking 11 students at her school to get a place at Oxbridge. She went to Cambridge to study History and Politics, but fell in with a dodgy crowd and ended up setting up a pyramid scheme which scammed punters out of hundreds of thousands of pounds. She is currently seeing out the third of seven years in a low-security prison.

popular
PGMOL issue explanation after Cavani goal disallowed due to McTominay 'foul'
Jose Mourinho launches attack on Solskjaer in response to "conning" remark
A definitive ranking of every swear word from worst to best
Eminem's 'Fack' has gone viral and people are just realising how messed up the lyrics are
BBC and ITV viewing figures plummeted during blanket coverage of Prince Philip
Here's how to see who's been taking screenshots of your Instagram Stories
Brendan Rodgers condemns Leicester trio for breaking Covid regulations
You may also like
News
All A-Level and GCSE students to be given teacher assessed grades
News
Northern Ireland scraps GCSE algorithm in favour of teachers' predicted grades
News
280,000 A-Level students' grades downgraded by exam boards
Food
Nando's are giving away free chicken to A-Level students
News
It was impossible not to feel sorry for this A-Level student after opening his results live on television
Next Page